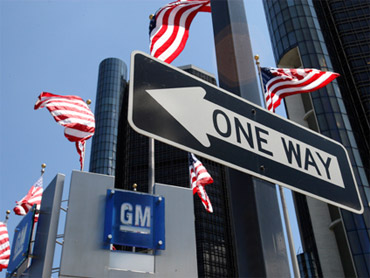 The U.S. unemployment rate edged back up to 5.7 percent in October as businesses cut 5,000 jobs, indicating the employment market remains uncertain for workers and companies amid the nation's bumpy recovery.

Other government reports revealed a decline in personal spending and a jump in construction spending.

October's 5.7 percent jobless rate was up slightly from 5.6 percent in September, and jobs were cut for the second month in a row, the Labor Department reported Friday. Cuts came largely in manufacturing, construction and temporary employment services. Those job losses were largely offset by gains in the service sector.

"Before employers will add somebody full-time, they'll take them on as a temp, so this is a bad sign for the future when temps are being laid off as well," he said. "The good news is that the job market in October did not deteriorate as much as economists expected. The bad news is that it deteriorated."

The good news is the country's employment situation appears to be moderating, with the jobless rate nudging up and down slightly in recent months instead of surging in one direction. But economists are concerned about the lack of new jobs being created.

"Essentially this is a jobless recovery," said Joel Naroff of Naroff Economic Advisors in Pennsylvania. "Unfortunately businesses have every good reason to be conservative right now. Why go out on a limb?"

Business and consumer confidence is fading, shaken by a turbulent stock market and a possible war with Iraq. That has caused any recovery to continue in fits and starts as businesses have remained hesitant to increase spending to modernize and expand production in the face of weak demand.

The economy's struggles likely will be weighing on Americans' minds as they head to the polls Tuesday. Democrats and Republicans are blaming each other for the economic woes and job losses in their campaigns to win control of Congress.

President Bush has tried to immunize Republicans from a rising unemployment rate by repeatedly saying he knows it's a problem, reports CBS News White House Correspondent Mark Knoller. In nearly every speech he gives, Mr. Bush says that so long as one person wants a job and can't find one, he won't be satisfied.

However, he blames Congress for not yet finishing work on a terrorism insurance bill which he says would create 300,000 jobs.

Although the roots of the recession were in place before President Bush took office, "that was then, this is now, and what usually happens when the unemployment rate is rising (near an election) is that it hurts the party in power," said Kellner.

Another report Friday showed that consumers cut back on their spending by 0.4 percent in September — the largest decline in 10 months.

Sharply reduced spending on big-ticket items such as cars led the decline, according to the Commerce Department. Also, Americans' income, which includes wages, interest and government benefits, grew by 0.4 percent in September, on top of a 0.3 percent advance in August, it was reported.

"It does not paint a necessarily bright picture for consumer spending going forward, and it does suggest perhaps that the Christmas season will be a little bit weaker than what we originally thought," William Quan, chief economist of Mizuo Securities in Hoboken, N.J., told CBS Radio News.

"There are some concerns from the personal consumption figures that the consumer may be slowing down," he said. "If that is realized, we might have somewhat of a problem and that might warrant some additional fed easing."

The Commerce Department also reported that construction spending jumped by 0.6 percent in September, the biggest increase since February.

That reflected stronger spending by private builders on single-family homes — where hearty demand is being fueled by low mortgage rates — and by the government on big projects, including military facilities, hospitals, schools and roads.

Those gains more than compensated for losses in the sagging commercial construction market, which includes offices, industrial complexes and hotels, areas still feeling the lingering effects of last year's recession and fallout from the terrorist attacks.

In the jobs report, the nation's factories continued shedding jobs last month, cutting 49,000 positions. The pace of job losses has increased, averaging 47,000 a month since July, compared with 20,000 a month from April to July. Construction companies cut 27,000 jobs in October, reflecting losses among special trade contractors.

The federal government also added workers for the fifth month in a row, as officials work to strengthen airline security and continue hiring people for the Transportation Security Administration.

Federal Reserve policy-makers meet again Wednesday, and some economists are looking for another rate cut in response to concerns that economic growth could slow dramatically in the final three months of this year. The Fed has kept a key interest rate at a 40-year low of 1.75 percent since last December.

Economists fear that continued job losses will crimp consumer spending, which has been the driving force for the recovery as Americans have responded to the lowest interest rates in four decades to push sales of autos and homes to record levels.

A rate cut probably won't get businesses to add jobs, but it could improve the country's mood, economists said.

"If they cut rates it will be to change psychology more than anything else," Naroff said.

The U.S. economy, powered by strong auto sales, rebounded to a 3.1 percent annual growth rate in the summer as business investment, which had been the major no-show in the current recovery, turned up for the first time in two years.

Most private economists believe the country will avoid a "double dip" recession, but they are forecasting much slower growth for this October-December quarter and the first three months of next year as consumer demand wanes under the impact of rising joblessness, the ailing stock market and worries about a possible war with Iraq.