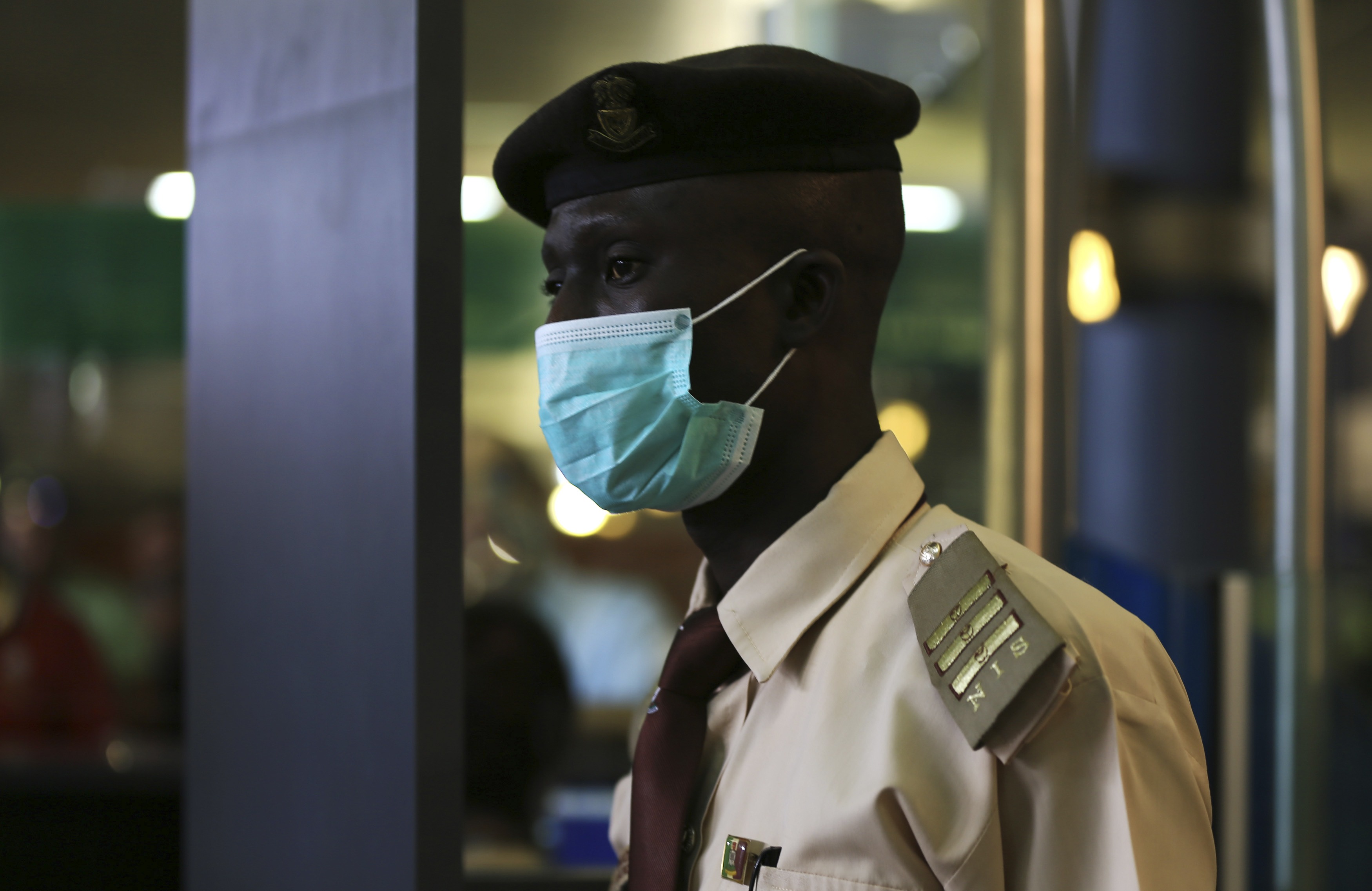 ABUJA, Nigeria -- Two alarming new cases of Ebola have emerged in Nigeria, widening the circle of people sickened beyond the immediate group of caregivers who treated a dying airline passenger in one of Africa's largest cities.

The two new cases were infected by their spouses, both medical workers who had direct contact with Liberian-American Patrick Sawyer, who flew into Nigeria from Liberia and Togo and infected 11 others before he died in July. The male and female caregivers also then died of Ebola, Health Minister Onyebuchi Chukwu said Friday.

Nigerian officials initially claimed the risk of exposure to others was minimal because Sawyer was whisked into isolation after arriving at the airport. But Lagos state health commissioner Jide Idris later acknowledged that Sawyer was not immediately quarantined when he arrived, because doctors didn't suspect Ebola at that point.

The two new cases were quarantined two days ago while being tested, Chukwu said. They had previously been under surveillance, meaning they were contacted daily to see if they developed any symptoms, but their movements were not restricted. Once they showed signs of the disease, they were brought in.

Authorities are now trying to identify and monitor everyone they have been in contact with.

In all, 213 people are now under surveillance in Nigeria as authorities try to monitor anyone who may have been exposed to the virus, Chukwu said. These include six people in the southeastern state of Enugu, he said.

The latest two cases bring the total number of confirmed infections in Nigeria, including Sawyer, to 14. Five have died, five recovered and another four are being treated in isolation in Lagos, the commercial capital where Sawyer's flight landed.

The damage has been far greater in Guinea, Sierra Leone and Liberia, which have each recorded hundreds of cases. Liberia has seen the most deaths, with 576.

The World Health Organization is concerned that the scale of the outbreak has been underestimated, and that "an invisible caseload of patients" could be going undetected by government surveillance measures, especially in Liberia and Sierra Leone.

New treatment centers in Liberia were overwhelmed as soon as they opened over the past two weeks by patients that were not previously identified.

Assessing the situation on Friday, the WHO said this had "never before been seen in an Ebola outbreak."

In Liberia, a teenage boy died after being shot by security forces in a slum community that was blockaded this week to stop the spread of Ebola, a Liberia government spokesman said Friday.

Shakie Kamara, who relatives said was either 15 or 16, was one of three people who sustained serious injuries during an altercation Wednesday after security forces blockaded about 50,000 people inside the West Point slum, sealing off their peninsula from the rest of Monrovia.

His death added to anger in West Point, where days earlier, slum dwellers ransacked a holding center for Ebola patients after realizing that some patients had come from other parts of the city. Looters then made off with bloody sheets and mattresses that could spread the disease.

Countries in West Africa and beyond continue to impose travel restrictions, even though the WHO has not recommended them.

On Friday, the Central African country of Gabon announced it was barring all flights and ships from Ebola-stricken countries. South Africa already announced a travel ban for non-citizens from these countries "unless the travel is considered absolutely essential." Senegal closed its borders with Guinea, and is barring air or sea travel from Sierra Leone and Liberia. Cameroon barred flights from Nigeria.