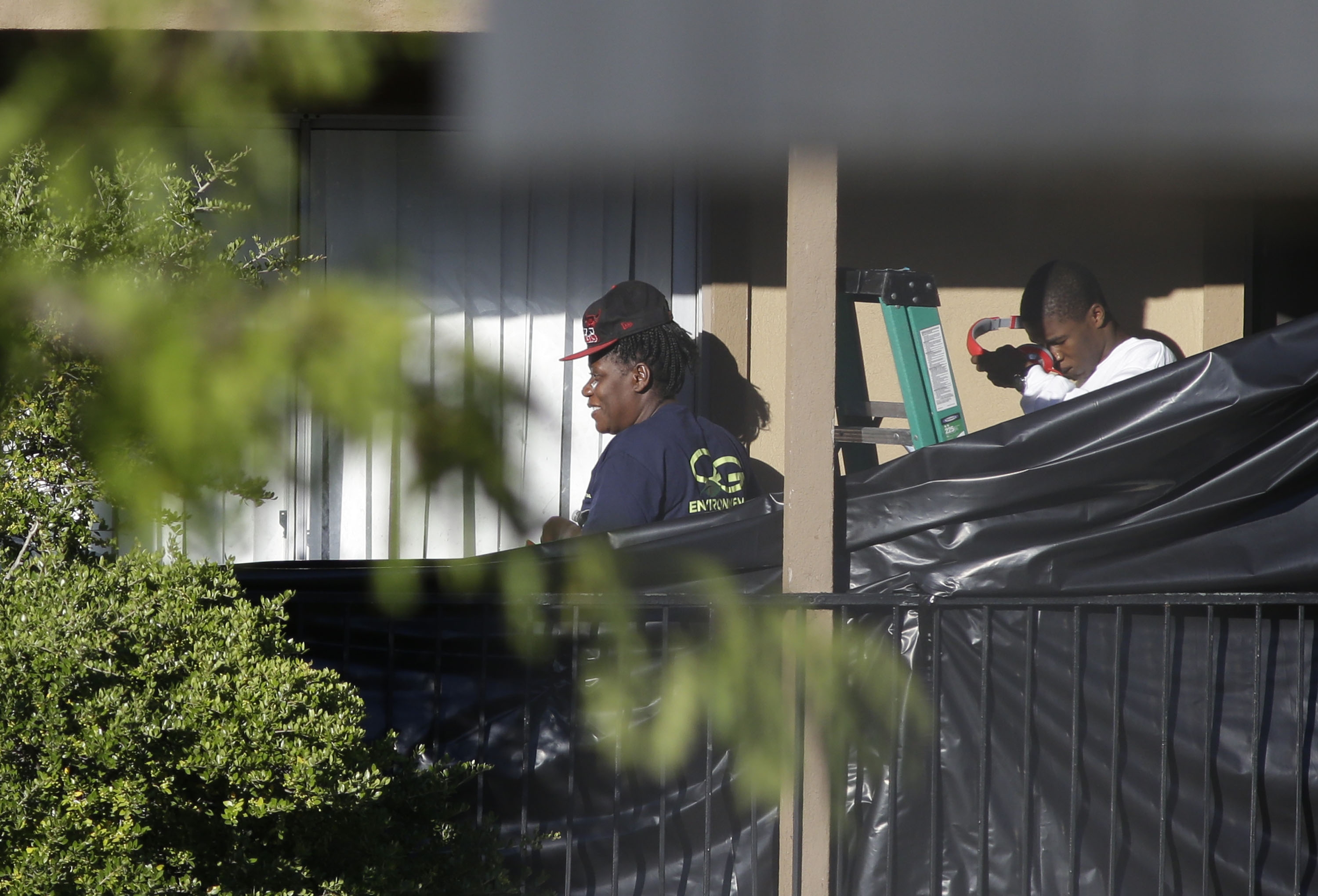 DALLAS - The people closest to Ebola victim Thomas Eric Duncan are trying to resume their lives now that they have come out of a 21-day incubation period without developing symptoms of the disease.

Youngor Jallah beamed with pride as she sent her children off to school for the first time in three weeks, with clearance from the Dallas County health department tucked into their backpacks.

A letter dated Oct. 19 and signed by Dallas County's chief epidemiologist, Wendy Chung, authorized Jallah and her partner, Aaron Yah, to return to work and their children to go back to school "without any restrictions."

Jallah, a nurse's assistant, had called an ambulance for Duncan after taking his vital signs early Sept. 28, and for three weeks was wracked with worry that she had contracted the disease and would pass it onto her children.

"We were sitting here traumatized. We just thank God we never came down with the virus," she told The Associated Press on Monday.

A control order isolating Duncan's fiancee, Louise Troh, and others who had shared a home with him was lifted Monday, and Troh spent the early afternoon looking for a new place to live with funds collected by the city of Dallas, her church and an anonymous donor.

After Duncan's Ebola diagnosis, Troh, her 13-year-old son, Duncan's nephew and a family friend were evacuated from Troh's apartment, where Duncan had stayed before going to the hospital. Most of their belongings were incinerated.

"We want to restore what's lost but more than that, we want to give her a running start on her new life," said Troh's pastor, George Mason of Wilshire Baptist Church in Dallas.

Health officials said Monday that 43 of 48 people on an original watch list have passed the incubation period safely.

Duncan, who became the first person diagnosed with Ebola in the U.S. - died from the disease Oct. 8 at Texas Health Presbyterian Hospital.

Others who cared for him remain at risk, along with two nurses he infected and their close contacts. That brings the total to 120 people now being monitored, with their wait period ending Nov. 7, said Dallas Mayor Mike Rawlings. He said the number may fluctuate.

Still, health officials said they were breathing a little easier Monday as the monitoring period ended for many, and after a cruise ship scare ended with the boat returning to port and a lab worker on board testing negative for the virus.

Dr. Anthony Fauci, head of the National Institute of Allergy and Infectious Diseases, said those caring for Duncan were vulnerable because some of their skin was exposed.

The CDC is working on revisions to safety protocols. Earlier ones, Fauci said, were based on a World Health Organization model for care in remote places, often outdoors, and without intensive training for health workers.

Health officials had previously allowed hospitals some flexibility to use available covering when dealing with suspected Ebola patients. The new guidelines are expected to set firmer standards: calling for full-body suits and hoods that protect worker's necks; setting rigorous rules for removal of equipment and disinfection of hands; and requiring a "site manager" to supervise the putting on and taking off of equipment.

The guidelines also are expected to require a "buddy system" in which workers check each other as they come in and go out, according to an official who was familiar with the guidelines but not authorized to discuss them before their release.

Hospital workers also will be expected to exhaustively practice getting in and out of the equipment, the official said.

Nurses have been clamoring for more guidance and better garb, saying they have never cared for Ebola patients before and feel unprepared and underequipped.