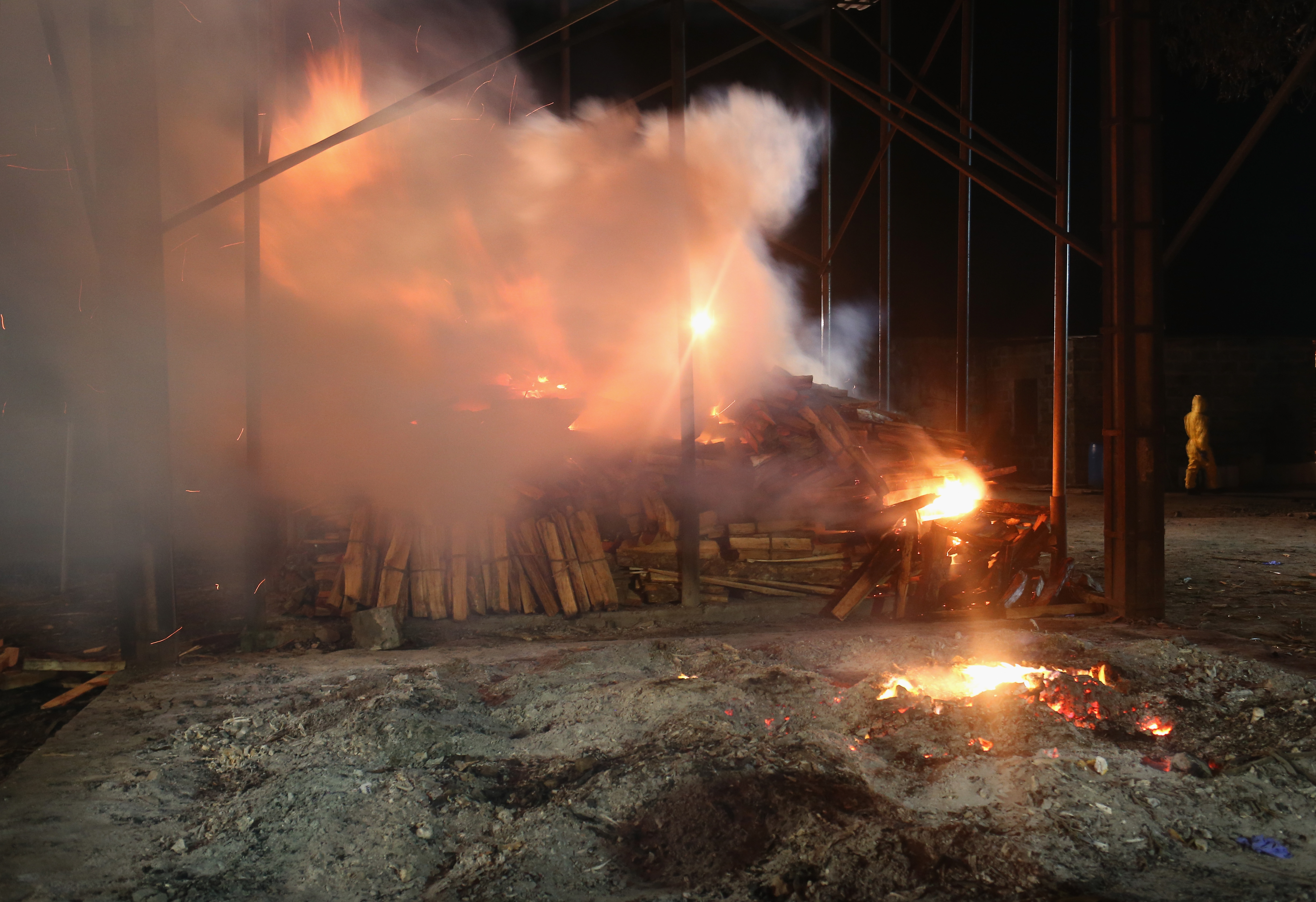 BAMAKO, Mali -- More than 5,000 people have died in the Ebola outbreak that is ravaging West Africa, the World Health Organization reported Wednesday, marking another grisly toll in the epidemic.

This is the largest Ebola outbreak ever recorded, with more than 14,000 people sickened, the vast majority in the West African countries of Liberia, Guinea and Sierra Leone.

There are some signs that the rate of new infections may be slowing overall in Guinea and Liberia, but there are still areas of those countries where transmission remains high, and they are surging in Sierra Leone, the health agency said Wednesday. While the response to Ebola is ramping up, it is still insufficient: In Sierra Leone, for instance, less than 40 percent of cases are in isolation, according to WHO estimates.

Worryingly, the virus has continued to pop up in new places, both within the most affected countries and outside their borders. The most recent example is a new Ebola cluster that Malian authorities reported Wednesday - an alarming setback as the country tries to limit the epidemic ravaging other West African nations.

A nurse working at a clinic in the Malian capital Bamako died Tuesday, and tests later showed she had Ebola, Communications Minister Mahamadou Camara said Wednesday. Two other people are also believed to have died of Ebola, though no tests were ever done on them to confirm the disease: an imam, whom the nurse treated at the Bamako clinic, and a friend who came to visit the man there.

The announcement of the new cases came just a day after Malian health authorities said there had been no other reported cases - let alone deaths - since a 2-year-old girl who had traveled to Mali from Guinea succumbed to the virus in late October.

At least 75 people are under quarantine following the new cases in Bamako, including patients and staff from the hospital, said Ousmane Doumbia, secretary-general for the Malian health ministry. Several of the patients under quarantine are troops serving in the country's U.N. peacekeeping force who were being treated for wounds at the clinic, the force said in a statement.

Health officials are also searching the city of about 2 million for those who helped prepare the body of the imam for burial before it was known that the corpse might be highly contagious.

The imam, who lived in a small community near Guinea's border with Mali, came to the Clinique Pasteur on Oct. 25 late at night. The 70-year-old was so ill he could not speak or give information about his symptoms, according to the head of the clinic.

"His family did not give us all the information that would have led us to suspect Ebola," Dramane Maiga told The Associated Press.

But one of his wives, a son and a brother are all being treated at an Ebola clinic in Gueckedou, Guinea. Two other family members have also died from an "undiagnosed disease," WHO said.

The nurse, meanwhile, was hospitalized on Saturday though hospital officials did not alert the health ministry until Monday morning. By the time the test results came back on Tuesday, the 25-year-old nurse was already dead, said Maiga.

Because of their close contact with patients, often without the proper protection, health care workers have become infected in large numbers in this outbreak.

On Wednesday, some health workers at an Ebola treatment center run by Doctors Without Borders in Sierra Leone briefly went on strike over a dispute with the government about bonuses they had been promised. Although the medical charity employs the staff, the health ministry pays them.

Even during the strike, the charity was able to maintain a minimum number of staff to keep the clinic running, Doctors Without Borders said.

Meanwhile, the U.S. military has said it is scaling back its planned Ebola response deployments to Liberia from 4,000 troops to 3,000 because there are a greater-than-expected number of contractors available in Liberia to provide support like construction work.

Also Wednesday, the hospital that treated the only Ebola patient to die in the U.S. announced it will pay his relatives an undisclosed sum and create a charitable foundation in his name, the family's attorney said Wednesday. The agreement heads off a lawsuit from relatives of Thomas Eric Duncan, who died Oct. 8 at Texas Health Presbyterian Hospital Dallas.