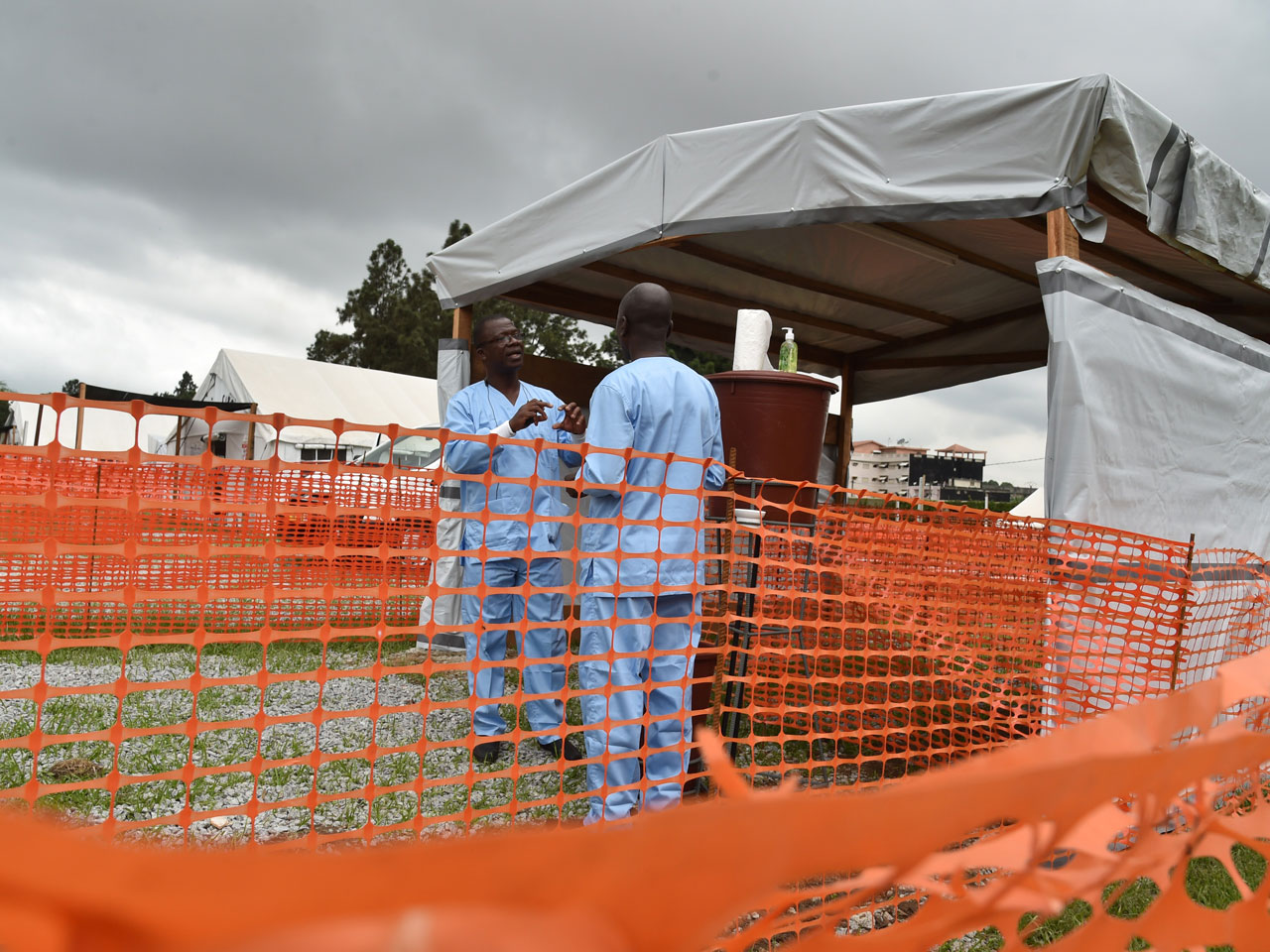 KAYES, Mali - After 2-year-old Fanta Kone's father died in southern Guinea, the toddler's grandmother took her from the forested hills where the Ebola outbreak first began months ago to bring her home to Mali. It wasn't long, though, before the little girl started getting nosebleeds.

By the time the pair made their way back more than 600 miles to the heat-baked town of Kayes several days later, the toddler had a high fever and was vomiting blood. Doctors swiftly diagnosed Fanta with Ebola, but she soon succumbed to the virus already blamed for killing nearly 5,000 people in the region. Her grandmother, quarantined with a couple dozen others, could only watch from a distance in an isolation tent over the weekend as health workers in hazmat suits prepared the tiny corpse for burial.

There has been panic and fear in this town of 128,000 since news first spread of the girl's death, which was the country's first confirmed Ebola case about 10 months after the epidemic began in neighboring Guinea.

"We are in a panic - everyone is talking about Ebola," said Bruno Sodatonou, a 35-year-old restaurant worker in the town of 128,000. "We don't know how to protect ourselves. Some are now wearing gloves, while others are trying to avoid handshakes with people."

Mali - which shares a porous land border with Guinea - has long been seen as vulnerable to Ebola because of the large number of people moving back and forth between the two countries. Fanta's case has especially alarmed health authorities because she is believed to have been in a contagious state of Ebola as she traveled.

"The child's symptomatic state during the bus journey is especially concerning, as it presented multiple opportunities for exposures - including high-risk exposures - involving many people," the World Health Organization said in announcing the Malian case.

Dr. Koumare Toumani, director-general of the Kayes hospital, said the little girl and her grandmother though were quickly isolated upon arrival. A dozen of Fanta's family members are now being observed along with 11 health care workers, he said.

"It's true in the initial hours after the announcement of the Ebola case confirmation people were afraid, including health care workers," he said. "But calm has returned after religious and administrative officials carried out public awareness efforts."

Health authorities now though can only imagine how many people little Fanta may have come into contact along the way. Ebola is spread through direct contact with the bodily fluids of people showing symptoms of the disease, such as Fanta's bloody nose or potentially her soiled clothing.

Public transport buses in Guinea and Mali are often overcrowded, with children sitting on laps and passengers standing in the aisles.

Already they are making a list of the towns that Fanta and her grandmother passed through: Keweni, Kankan, Sigouri, Kouremale and the capital of Bamako. Health officials there are rushing to finish an isolation facility that can be used should additional cases emerge.

"Continued high-level vigilance is essential, as the government is fully aware," WHO said.