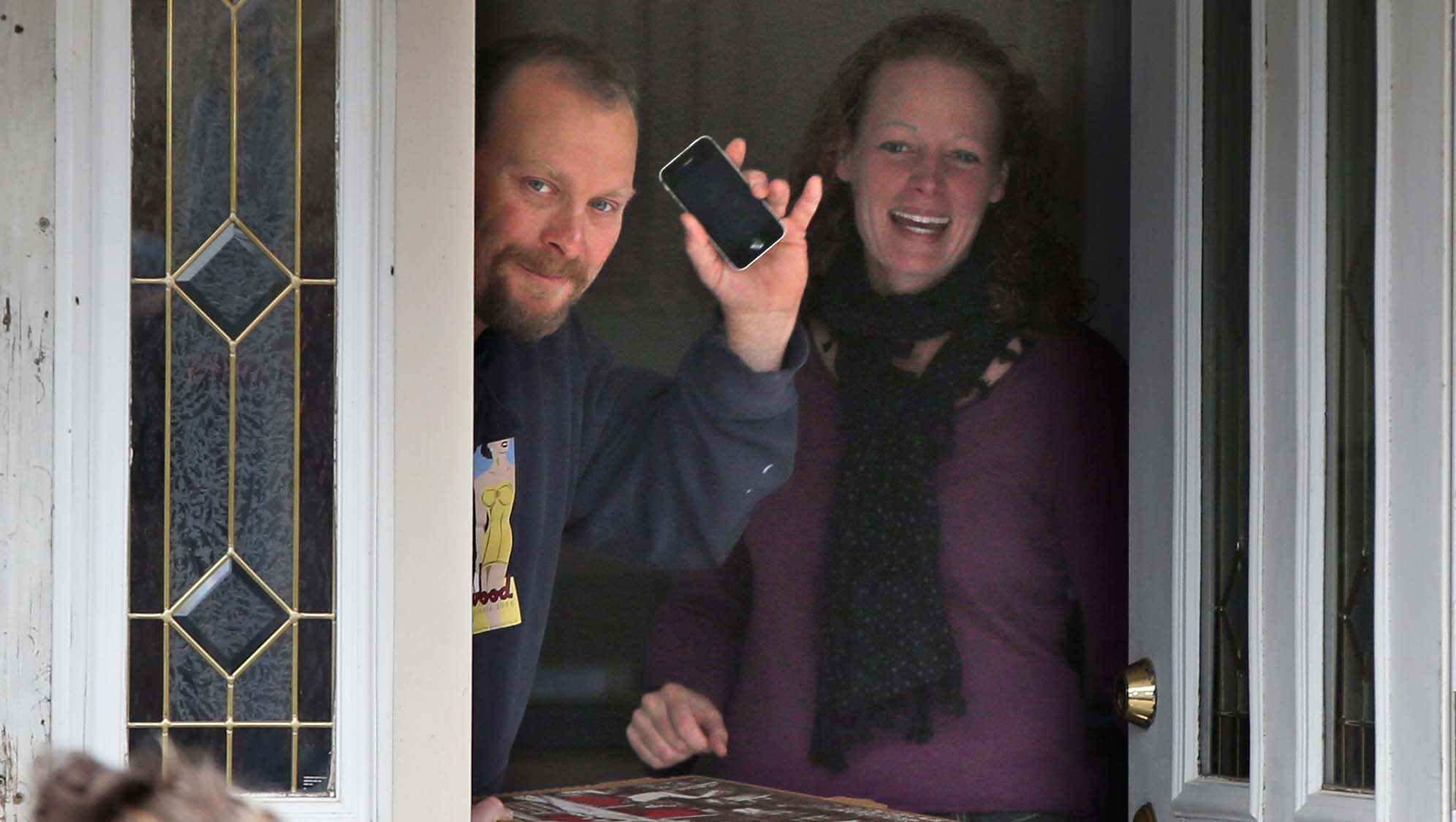 FORT KENT, Maine - A nurse who successfully fought Maine's quarantine for health care workers who have treated Ebola patients is free to go wherever she pleases, but her boyfriend on Monday was still staying away from the campus where he's a nursing student.

Ted Wilbur told reporters that the University of Maine at Fort Kent asked him to stay away as his girlfriend, Kaci Hickox, was in the news amid attempts to quarantine her after she returned from treating Ebola patient in West Africa. The university contends he voluntarily agreed to stay away, and the voluntary agreement remained in effect Monday.

Ray Phinney, associate dean of student life and development, said the university is willing to revisit the agreement.

Hickox, who contends she poses no danger because she's not showing symptoms, fought attempts to quarantine her after returning from Sierra Leone.

A Maine judge sided with her Friday, rejecting the state's attempt to restrict her movement. The judge signed a final order on Monday. Even with the order, Hickox said she planned to stay away from public places out of respect for local residents.

She and Wilbur are living together in Fort Kent in an off-campus home. The 21-day incubation period for Ebola for her ends on Nov. 10.

Steve Hyman, one of Hickox's lawyers, said there's no reason for him to be prevented from setting foot on campus. He said attorneys plan to talk to Wilbur to see what he wants to do between now and Nov. 10.

Hickox said in an interview with the Maine Sunday Telegram she was fighting for the rights of other U.S. medical workers who are trying to bring the deadly outbreak under control in West Africa.