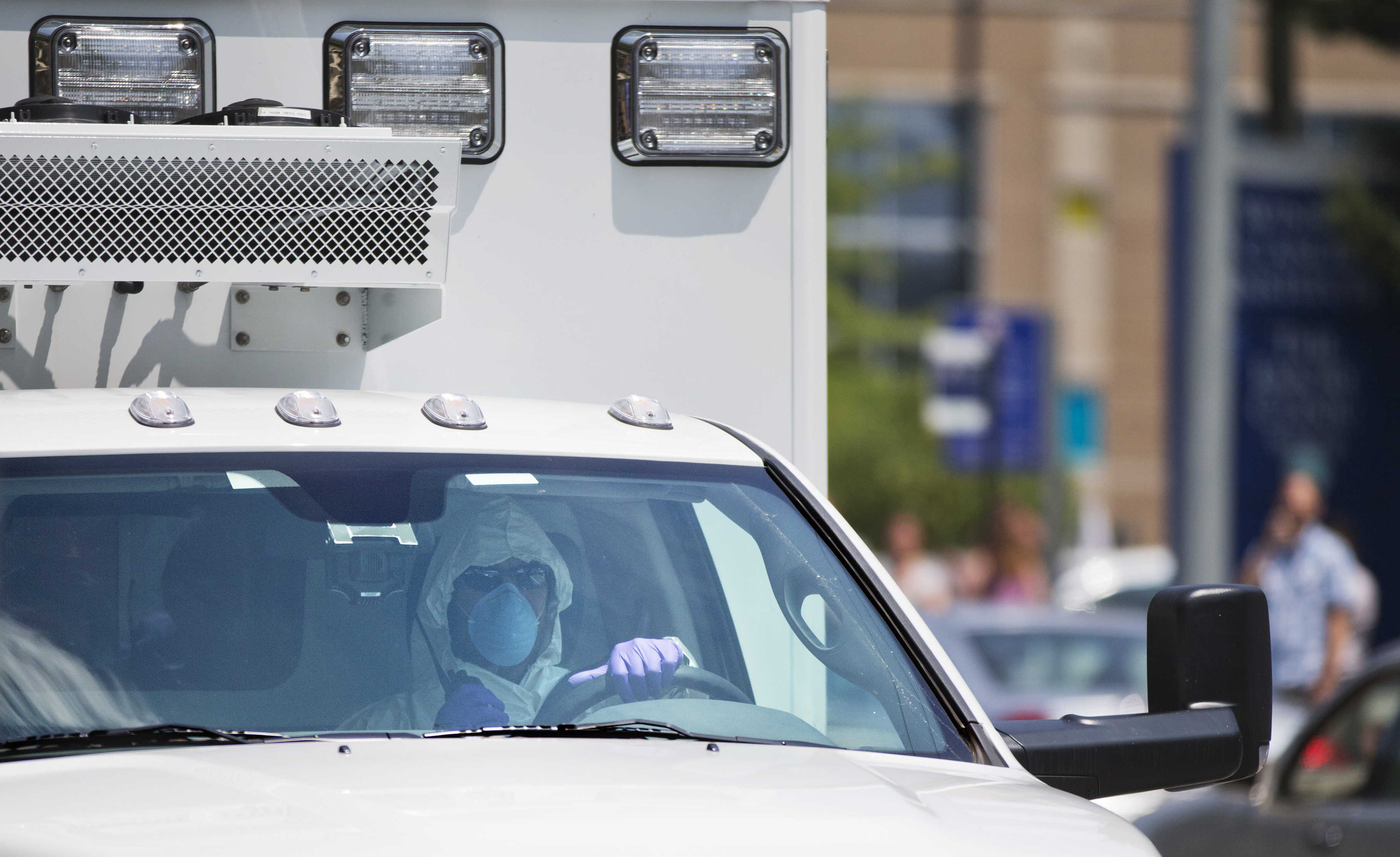 ATLANTA - A fourth American who contracted Ebola in West Africa was expected to arrive in the U.S. for care Tuesday and will be treated at an Atlanta hospital where two other aid workers successfully recovered from the disease, the hospital said Monday.

Air Force spokesman Lt. Col. James Wilson said the patient, as in past cases, would be flown into Dobbins Air Reserve Base outside Atlanta. Emory University Hospital said in a news release that the patient would be treated in its isolation unit but cited confidentiality in not releasing more information about the person.

The World Health Organization, however, said one of its doctors who has been working in an Ebola treatment center in Sierra Leone has tested positive for the disease. It said the doctor was in stable condition Monday in Freetown and will be evacuated. The State Department said the doctor was from the U.S.

Last month, two aid workers who contracted Ebola while working in Liberia were treated successfully at Emory. A third patient, an American doctor, who is being treated in Nebraska, appeared to be better tolerating his experimental treatments Monday, but his recovery remains uncertain.

The family of Dr. Rick Sacra said he was able to eat breakfast Monday for the first time since arriving Friday at the Nebraska Medical Center in Omaha.

The 51-year-old remains in stable condition. But his wife, Debbie, said Sacra is more alert and that they had a half-hour conversation by video conference Sunday.

"He hasn't been able to eat much since he got here, but he had some toast and apple sauce," Debbie Sacra said. "He also tolerated the research drug well - better than he had the previous doses he was given."

Rick Sacra, a doctor from Worcester, Massachusetts, spent 15 years working at the Liberia hospital where he fell ill. He was practicing family medicine in Liberia with the North Carolina-based charity SIM.

Authorities say roughly 2,100 people have died during the Ebola outbreak in West Africa, but Ebola hasn't been confirmed as the cause of all those deaths.

Sacra is being treated with an experimental drug that is different than the one given to the two Americans treated for Ebola at Emory University Hospital in Atlanta. Dr. Kent Brantly and Nancy Writebol, who also work for SIM, have recovered.

Sacra came to Omaha instead of Atlanta because federal officials asked the medical center to treat him in order to prepare other isolation units to take more Ebola patients if needed.

Sacra's doctors have refused to name the drug they are using, but they say they've been consulting with experts on Ebola on his treatment.

Dr. Aneesh Mehta of Emory University said Monday that it was impossible to know if the experimental ZMapp they received worked.

But Mehta said Emory doctors have been advising other physicians that some particular types of supportive care did seem to help. Those included switching between different types of IV fluids to meet each patient's specific electrolyte needs at the time. And giving high-quality liquid nutrition to boost their levels of protein and other nutrients "to help build back that immune system that was under attack."

Mehta and other experts were discussing Ebola at the American Society for Microbiology meeting Monday.

Pharmaceutical companies are developing vaccines for Ebola and drugs to help treat the virus, but they're not fully tested or readily available yet.

Dr. Gary Kobinger of the Public Health Agency of Canada helped pioneer the research that led to ZMapp, and he said the U.S. manufacturer appears to be on track for a Phase 1 safety study early next year, perhaps as early as January, although no drug is available currently.

On the vaccine front, Kobinger said a Canadian-made candidate should be starting Phase 1 trials within weeks.

WHO has suggested turning to the blood of Ebola survivors as an experimental treatment, and Sacra's doctors have said they are considering that.