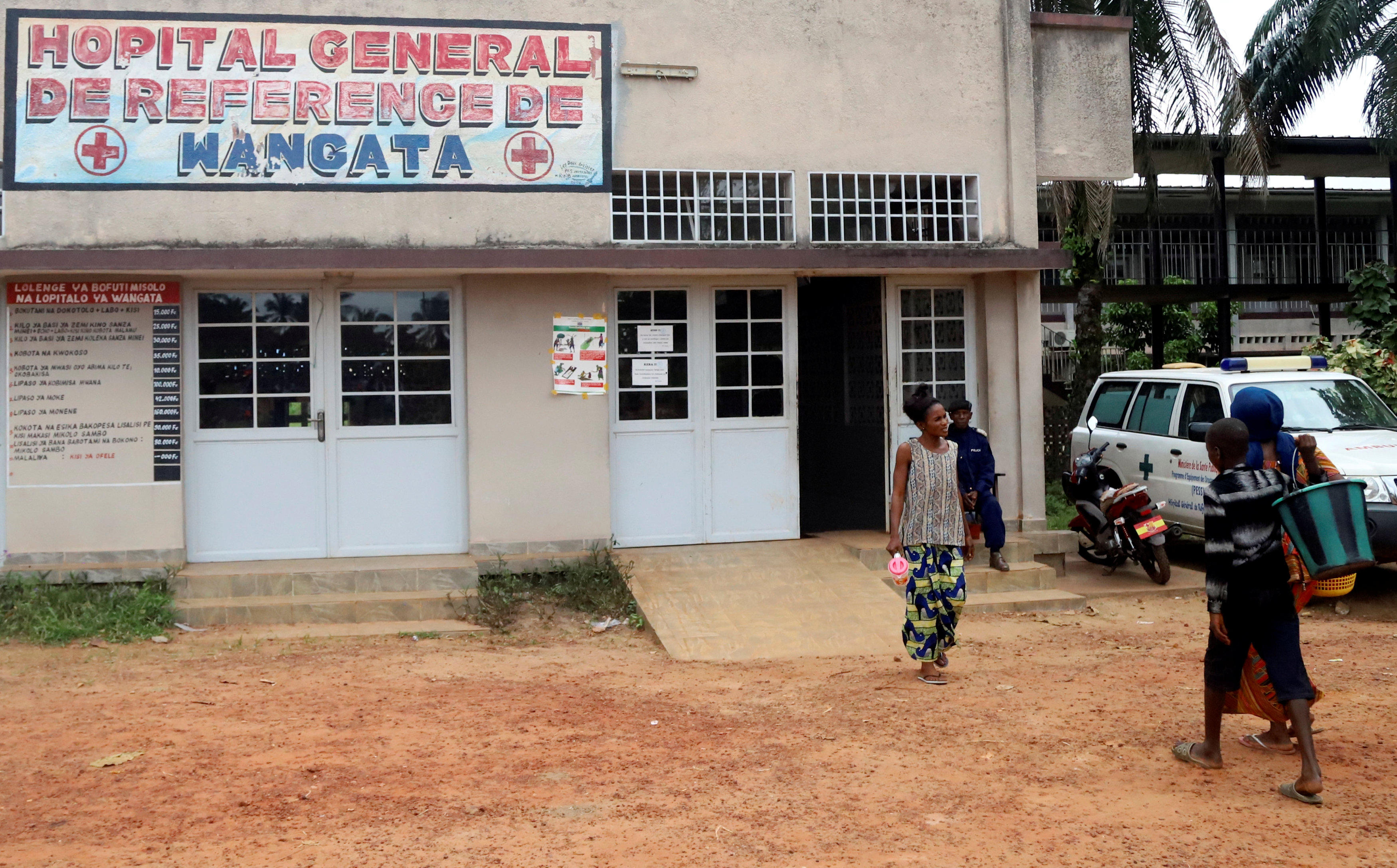 DAKAR, Senegal -- Two infected patients who fled from an Ebola treatment center in a Congo city of 1.2 million people later died, an aid group said Wednesday while asserting that "forced hospitalization is not the solution to this epidemic." As the number of suspected Ebola cases continued to rise, experts emphasized that more community engagement is needed to prevent the spread of the deadly virus.

Three patients left of their own accord from the isolation zone of the Wangata hospital in Mbandaka city between Sunday and Tuesday, said Henry Gray, emergency coordinator for Medecins Sans Frontieres, or Doctors Without Borders.

Hospital staff made every effort to convince the patients and their families not to leave and to continue treatment, Gray said.

Three Ebola deaths have been confirmed since Congo's health ministry announced the current outbreak of the often lethal hemorrhagic fever on May 8. It was not immediately clear if the two deaths reported by MSF were confirmed Ebola ones.

Congo's health ministry on Wednesday announced six new suspected cases in the rural Iboko health zone in the country's northwest and two in Wangata. There are now 28 confirmed Ebola cases, 21 probable ones and nine suspected. Overall the death toll stands at 27.

"We're on the epidemiological knife's edge of this response. The next few weeks will really tell if this outbreak is going to expand to urban areas or if we're going to be able to keep it under control," Dr. Peter Salama, the World Health Organization emergencies chief, told a World Health Assembly session Wednesday.

Worrying factors include the spread of confirmed cases to Mbandaka city and the fact that five health workers have been infected, signaling "a potential for further amplification," he said. Front-line workers are especially at risk of contracting the virus, which spreads in contact with the bodily fluids of infected people, including the dead.

Finally, Salama said, the outbreak has "three or four separate epicenters," making it more challenging to contain. "It's really the detective work of epidemiology that will make or break the response to this outbreak. It's documenting how people are getting infected and therefore managing to control the transmission," he said.

"We are following three separate chains of transmission," he said. "One associated with a funeral that took place in a neighboring town of Bikoro; one associated with a visit to a health care facility more than 80 kilometers (50 miles) away in the small village of Iboko and one where we're still gathering data on that's related to a church ceremony."

WHO is accelerating efforts with nine countries neighboring Congo to try to prevent the Ebola outbreak from spreading beyond the border.

The top two priorities are Central African Republic and the Republic of Congo near the epicenter of the outbreak, Matshidiso Moeti, WHO's director for Africa, told the WHA session. The other countries are Angola, Burundi, Rwanda, South Sudan, Tanzania, Zambia and, to a lesser extent, Uganda.

The U.K. on Wednesday pledged another 5 million pounds ($6.6 million) to help combat the outbreak.

WHO Director-General Tedros Adhanom Ghebreyesus said simply: "We are watching it around the clock, 24-7."