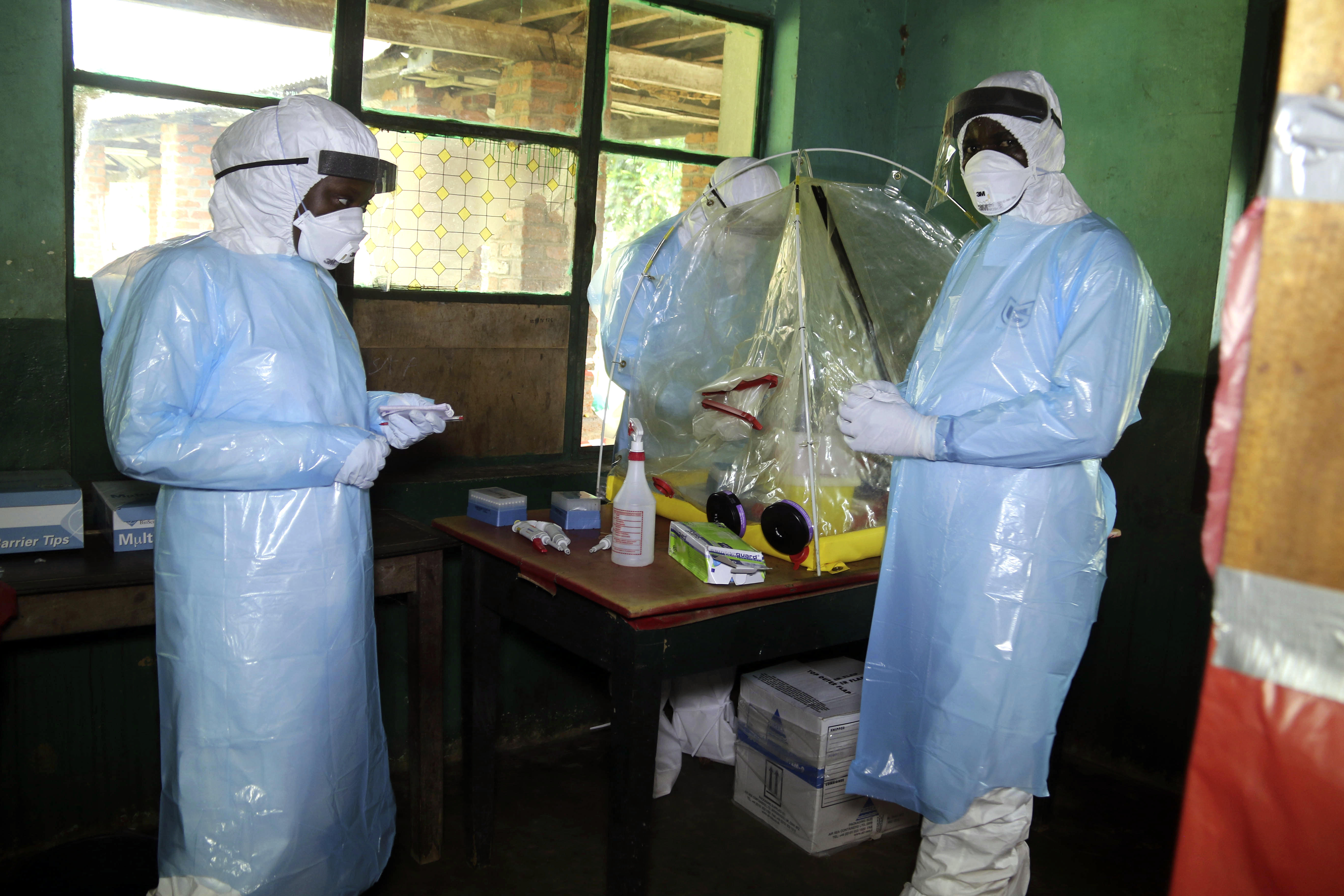 KINSHASA, Congo -- Another person has died in Congo of a confirmed case of Ebola, bringing the number of fatalities from the latest outbreak to 12, the country's health ministry said Sunday. The death happened in Iboko, a rural area in northwestern Equateur province, the health ministry said in a statement. There are also four new suspected cases in the province, the statement reported.

Health workers have identified people who have been in contact with the patients in the confirmed Ebola cases in three areas in Equateur province, Iboko, rural Bikoro and Mbandaka, the provincial capital of 1.2 million that is a transport hub on the Congo River.

Congolese Health Minister Oly Ilunga Kalenga flew by helicopter to Bikoro and Iboko on Saturday to see the deployment of health workers who will be tracing people who have been in contact with Ebola cases and inoculating them with a new experimental vaccine. The vaccination campaign in the two rural areas is set to begin Monday.

Representatives of the World Health Organization and UNICEF accompanied the health minister.

The vaccination campaign is already underway in Mbandaka, where four Ebola cases have been confirmed. About 100 health workers have been vaccinated there as front-line workers face high risk from the virus, which is spread via contact with the bodily fluids of those infected, including the dead.

The next few weeks are crucial in determining whether the outbreak announced in May can be brought under control, according to the World Health Organization. Complicating factors include its spread to a major city, that health workers are among those infected and the existence of three or four "separate epicenters," making finding and monitoring the contacts of infected people more difficult.

WHO is using a "ring vaccination" approach, targeting the contacts of people infected or suspected of infection and then the contacts of those people. More than 600 contacts have been identified.

WHO also is accelerating efforts with nine neighboring countries to try to prevent the Ebola outbreak from spreading there, saying the regional risk is high. It has warned against international travel and trade restrictions.

"I am personally committed to ensuring that we do everything we can to stop this outbreak as soon as possible," WHO Director-General Tedros Adhanom Ghebreyesus told a meeting in Geneva on Saturday.

This is Congo's ninth Ebola outbreak since 1976, when the hemorrhagic fever was first identified.