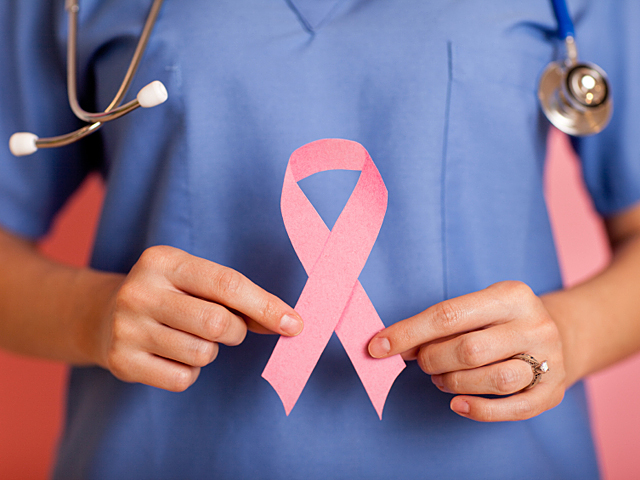 Women who have higher levels of nutrients commonly found in vegetables may have a lower risk of developing breast cancer, say researchers at Brigham & Women's Hospital and Harvard Medical School in Boston.

Their study, published in the Journal of the National Cancer Institute on Dec. 6, found that women who had high circulating levels of so-called "carotenoids" had an inverse relationship with breast cancer risk, especially for estrogen receptor-negative (ER-) types of breast cancer.

"The inverse associations we observed among ER- tumors highlight carotenoids as one of the first modifiable risk factors for this poor prognosis tumor type," the authors wrote.

Breast cancer is the most common type of cancer in U.S. women, with an estimated 226,870 female and 2,190 male cases diagnosed or to be diagnosed in 2012 according to the National Cancer Institute. Approximately 39,510 women and 410 men will die of the disease this year.

Carotenoids include a group of more than 700 micronutrients that help add deep green, yellow, orange or red colors to vegetables and fruits, according to the University of Maryland Medical Center. Beta-carotene and lycopene are common carotenoids found in veggies. Some produce high in the compounds include carrots, pumpkins, sweet potatoes and tomatoes. Previous research on carotenoids have shown that they can stop tumors from growing and lower estrogen receptor-positive (ER+) and ER- cancers from multiplying.

Researchers analyzed eight earlier studies, which included more than 80 percent of the published data on blood levels of carotenoids and breast cancer. In total, 3,055 case subjects and 3,956 matched control subjects were included. Carotenoid levels were recalculated to account for differences in laboratories across different populations. For more than 3,000 case subjects there was a statistically significant link between higher carotenoid levels and lower breast cancer risk.

"A diet high in carotenoid-rich fruits and vegetables offers many health benefits, including a possible reduced risk of breast cancer," the authors wrote.

Dr. Stephanie Bernik, chief of surgical oncology at Lenox Hill Hospital in New York City who was not involved in the study, told HealthDay, "There has been some evidence in the past that these substances are helpful in reducing the risk of cancer."