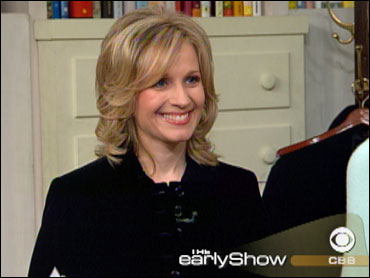 With workloads being what they are today, many of us wind up eating lunch at our desks on a regular basis.

A survey from the American Dietetic Association finds that 75 percent of office workers eat lunch at their desks as often as two or three times a week.

And that, says registered dietician and association spokesperson Elisa Zied, can have a negative impact in a lot of ways.

"It's a bad idea on a lot of levels, psychologically and physically, to eat lunch at your desk," she

"If you're sitting and eating lunch at your desk, you're not getting outside," Zied points out. "You're not exposing yourself to physical activity, and everybody needs about 30 minutes a day of physical activity. Even a 10-minute or 15-minute brisk walk at lunchtime can boost your spirits, make your muscles stronger, and burn some calories.

"People are staying inside to keep warm, but it's really important to get outside at least two to three times a week for 15 or 20 minutes to help your skin make vitamin D (from sunshine)."

In addition, "A lot of times we're not eating all that healthy" at our desks. "A lot of people get take-out food. If you're mindlessly munching, you're not really focusing on what you're eating, and you may overeat. So it's really important to focus on your food and savor the flavor and not be so distracted by things."That's not all, Zied stresses: "Psychologically, you're not giving yourself an opportunity to socialize. You also aren't getting outside. We talked about sunshine for vitamin D. It's also important to lift your spirits and raise levels of serotonin, the "feel-good" chemical.

"So it's really important to get up, move your body, psychologically and physically."

There's another aspect of eating at your desk that can get you physically ill.

"Half of all people are not washing their desks before they eat," Zied says. "That's disgusting in and of itself. Sixty-percent of people admit to not cleaning their keyboard, their phone and other things they touch, more than once a month. So it's just a bacteria buffet at your desk.

"It's important to disinfect. Every day, you should be cleaning off your keyboard, wiping down your desk.

"It's really important to do that every day, like brushing your teeth, because there's so much bacteria. There's 400 times the amount of bacteria on your desk than there is on your office toilet. So that's gross.

"And avoid having food on the desk surface. You really want to have a big napkin or big plate. Even steal one of your kid's placemats. That's a good way to prevent the food from touching your desk."