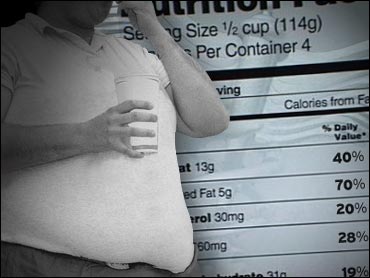 For the first time, researchers have found evidence suggesting people may live longer by eating fewer calories each day, a dietary restriction that already has shown in experiments to extend the lives of laboratory animals by up to 40 percent.

Even if the evidence proves to be correct, it's unknown how much extra time people might live.

Laboratory studies for decades have shown that reducing the calories fed to lab mice and rats enabled the animals to live much longer, but the same effect has not been positively demonstrated in monkeys or in humans.

Now, George S. Roth and his colleagues at the National Institute on Aging say they have preliminary evidence that biological changes that help create super-aged rodents may also work in humans.

The biological markers - lower temperature, lower insulin levels and a steady level of a steroid hormone called DHEAS - all occur in restricted-diet rodents that live about 40 percent longer than fellow rodents on a normal diet, said Roth. The same biological markers have now been found in men who are living longest in a continuing study in Baltimore on aging.

"This means that the biological characteristics of animals that are on calorie-restricted diets seem to apply to longevity in people," Roth said.

But Roth, co-author of a study appearing Friday in the journal Science, said the results should be considered "preliminary" and he cautions that nobody should start starving in hopes of living longer. Instead, he said, the study gives only tantalizing hints that are worthy of further investigation about helping people to extend life.

Other experts said the study offers new hope about science some day finding ways to slow aging and extend life.

"The study doesn't absolutely prove anything, but it suggests that the same mechanisms that operate in calorie-restricted animals can operate in humans," said Stephen R. Spindler, a human lifespan researcher at the University of California, Riverside. "It increases the likelihood that we will find pharmaceuticals that will mimic this effect."

Roth and his co-authors drew their preliminary conclusions from the combination of studies on aging rodents, a 15-year-old study on aging monkeys, and the continuing project called the Baltimore Longitudinal Study of Aging, which follows the lifespan of people.

The monkey study, conducted at the National Institute of Aging, is designed to test the longevity effects of calories restriction. It started in 1987, but Roth said that since Rhesus monkeys can live for 25 years, it may take another four or five years before the results are final. Statistically, at least half of the monkeys will have to complete their normal lifespan before the data is considered significant, said Roth.

The same is true of the Baltimore study on aging people.

But Roth said he and his team gathered preliminary conclusions by looking at early trends in the deaths of both the monkeys and the men. The researchers also divided men in the Baltimore study into two groups based on measurements of the key biomarkers - temperature, insulin and DHEAS levels - that were characteristic of the super-aged lab rodents.

Roth said the men whose biomarkers were similar to those of the calorie-restricted, long-lived rodents were dying at a much slower rate than were men with other biomarker measurements. Roth said none of the Baltimore study's men are known to be on restricted diets, but clearly some are enjoying the same lifespan benefit that calorie restriction gave the laboratory animals and researchers are not sure why.

"Whatever it is, they have those biological characteristics and they seem to live longer," said Roth. "It looks like that if you have any one of those markers, it is good for a couple of extra years."

In the monkeys, Roth said those on reduced feeding since the study started are dying at a rate that is about half that of the monkeys receiving a full food ration. He said all of the animals are fed the same nutritionally balanced chow, but the longer-lived group gets 30 percent less.

Although the findings suggested that a diet restriction of 30 percent or 40 percent could extend life, Roth said, "This is not practical for most people" and could be unhealthy.

Instead, he said the aging studies may lead to finding drugs that could mimic the effects and lifespan benefits of calorie restriction.

Spindler agreed, saying the study by Roth and his colleagues "gives us reason to hope."