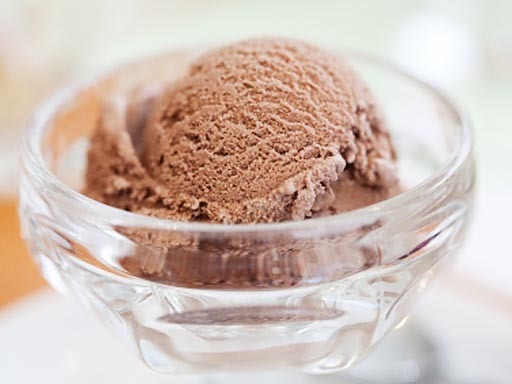 PICTURES: Sugary cereals: Which are the 10 "worst?"

For the study - published in the Mar. 10 issue of Steroids - Israeli researchers took 193 obese people between ages 20 and 65 and assigned them to one of two diets that were almost identical except for breakfast. One diet included a low-carbohydrate breakfast, while the other contained a high-carb, protein-enriched breakfast with a choice of one of the desserts.

The patients were also given blood tests throughout the study, to check for levels of ghrelin, a hormone that stimulates appetite.

How do the researchers explain this effect? They say most obese dieters fail to keep off the weight once they lose it, because they're more likely to get hunger cravings because of decreased ghrelin suppression. Their study found that people in the dessert group reduced that hormone's levels by 45 percent while those in the low-carb group only reduced levels by 29.5 percent. That suggests people in the dessert group were fuller and less hungry.

"Most people simply regain weight, no matter what diet they are on," study author Dr. Daniela Jakubowicz, a diabetes researcher at Tel Aviv University in Israel, told the New York Times. "But if you eat what you like, you decrease cravings. The cake - a small piece - is important."

Kristen Smith, a clinical nutritionist in bariatric surgery at Montefiore Medical Center in New York City, told HealthPop that "one of the positive things the study did show you can incorporate your favorite foods when you're losing weight."

But she said people shouldn't draw conclusions from this study that they should eat dessert in the morning to shed pounds. "This study was relatively short-term, so I'm not sure how these participants would have responded if they were followed for a longer period of time," Smith said. She said other studies have showed high-sugar foods, like cake or cookies, could increase sugar cravings throughout the day. She said it's likely the high protein made the patients feel fuller, not the cake.

"Typically carbohydrate is 100 percent converted to sugar within an hour in the body, causing your blood glucose to spike and then crash quickly, leading to increased hunger," Murray told HealthPop in an email. "The addition of protein-enriched foods slows this process down, reduces the feeling of hunger, which in turn can help individuals from snacking in response to sugar crashes."

Should we think of including a sugary treat in our breakfast routine?

Smith says, "I definitely wouldn't recommend to my patients to start eating desert to breakfast."

Murray says we already get enough sweets in our breakfast. Pancakes, waffles, and pastries are high in carbohydrates and sugar but not much else, he said.

"We're the only nation on this earth who eats sweets like this," Murray told HealthPop.

He says it's better to focus on increasing protein and fiber in your breakfast to make you feel full enough to get through lunch and curb snacking. He suggests trying savory dishes like an egg frittata with veggies. Smith recommends a well-balanced breakfast with fruit, such as a hard-boiled egg with a piece of fruit and wheat toast

The Mayo Clinic has more on healthy breakfasts.