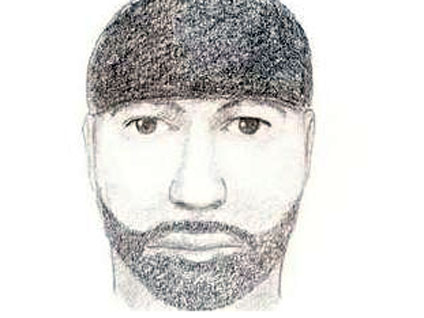 NEW HAVEN, Conn. - A man believed to be responsible for rapes and other attacks on 17 women since 1997 and dubbed the East Coast Rapist has been arrested in Connecticut, the U.S. Marshals Service said.

Avery says Thomas "has been identified as the East Coast Rapist."

U.S. Marshal Joe Faughnan says a lead from authorities in Virginia led them to Thomas.

"We're still working the case," New Haven police spokesman Officer Joseph Avery said. "At this point we're trying to put everything together, and there's been no formal charges at this time."

In a recent effort to generate new leads in the case, authorities posted sketches of the suspect on electronic billboards in states where attacks occurred -- Virginia, Connecticut, Maryland and Rhode Island -- and in neighboring states.

Police also set up a website about the case at eastcoastrapist.com. Detective John Kelly in Fairfax County, Va., said the website generated 44,000 hits in 12 hours after it was launched late last month.

The attacker wore a mask or hooded sweatshirt to conceal his face in some attacks, investigators say. He typically approached women outdoors on foot and threatened them with a knife or a handgun, they say.

The last known attack occurred on Halloween night in 2009, when two teenagers on their way home from trick-or-treating in Woodbridge, Va., were raped, authorities say.

The cases have been linked by DNA. Investigators say they have cleared more than 700 suspects.