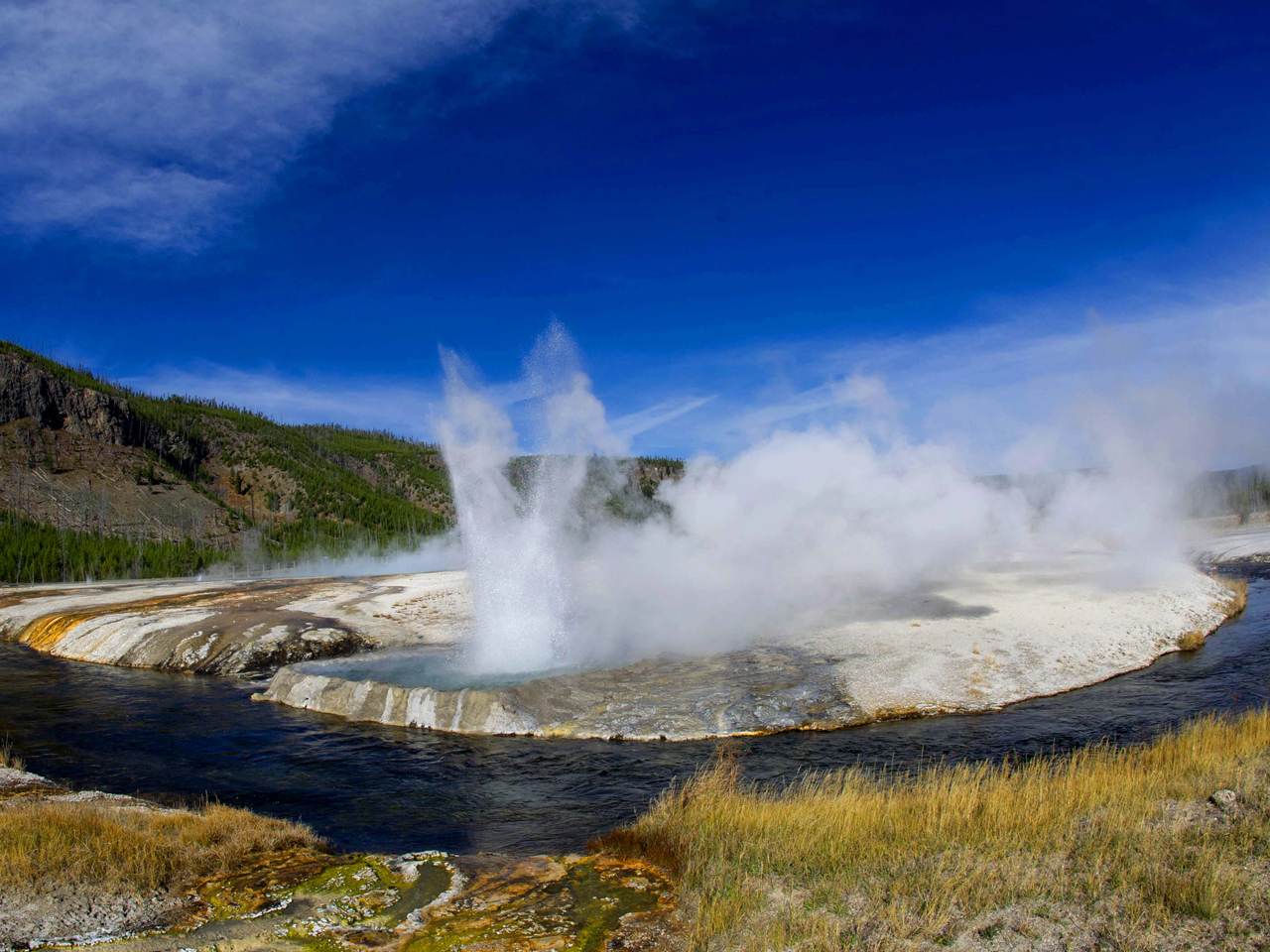 The University of Utah Seismograph Stations reports the earthquake occurred at 6:34 a.m. about 4 miles north-northeast of the Norris Geyser Basin. The university reports it was felt in the Montana border towns of West Yellowstone and Gardiner, both about 20 miles from the epicenter.

There were no immediate reports of damage. There are few visitors in the park this time of year.

Yellowstone sees frequent small earthquakes. Since Thursday, there have been at least 25 recorded in the nation's first national park.

Yellowstone National Park sits on top of a "supervolcano" that last erupted on a massive scale about 640,000 years ago. Scientists have estimated the chance of another super eruption happening at about 0.00014 percent yearly -- i.e. it's almost certainly not going to happen.

In a posting about the potential for the supervolcano to go off again, the National Park Service writes: "Most scientists think that the buildup preceding a catastrophic eruption would be detectable for weeks and perhaps months to years. Precursors to volcanic eruptions include strong earthquake swarms and rapid ground deformation and typically take place days to weeks before an actual eruption. Scientists at the Yellowstone Volcano Observatory closely monitor the Yellowstone region for such precursors."