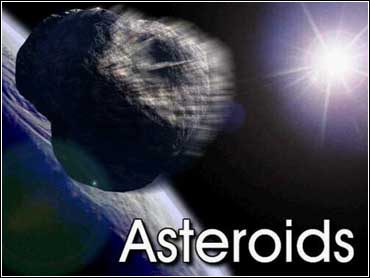 An asteroid initially thought to be on a possible collision course with Earth in 2022 will miss the planet, astronomers said Tuesday after reviewing new data collected by scientists around the world.

Using the latest calculations, researchers determined that the orbiting rock will come no closer than 3.5 million miles in the next 50 years, said Andrea Milani, a mathematics professor at Pisa University in Italy.

The half-mile-wide asteroid, 2000 BF19, is the fifth discovered in the last two years that researchers feared could hit Earth. A rock that size could do tremendous damage but would not cause planet-wide destruction.

Milani sent out an e-mail on Monday asking astronomers with telescopes capable of detecting such a dim object to watch it and relay its position to him. Within hours, he was receiving reports from around the world.

"This change is the result of computation I did today from the response of my call to arms yesterday," Milani said. He said it took about four hours to compute the course using the new observations.

The asteroid was first spotted by three astronomers led by Dr. James Scotti using the Spacewatch Telescope on Kitt Peak in Arizona on Jan. 28. It was tracked until Feb. 3, when it disappeared. The same day, the International Astronomical Union by the Minor Planet Center of Smithsonian Astrophysical Observatory in Cambridge, Mass., announced its discovery without mentioning a possible collision.

The possibility of a collision was raised Monday by Dr. Benny Peiser, who operates an Internet letter on astronomy, the Cambridge-Conference Network. Even with the initial observations, scientists said the chance of collision was remote -- about 1 in 1 million.