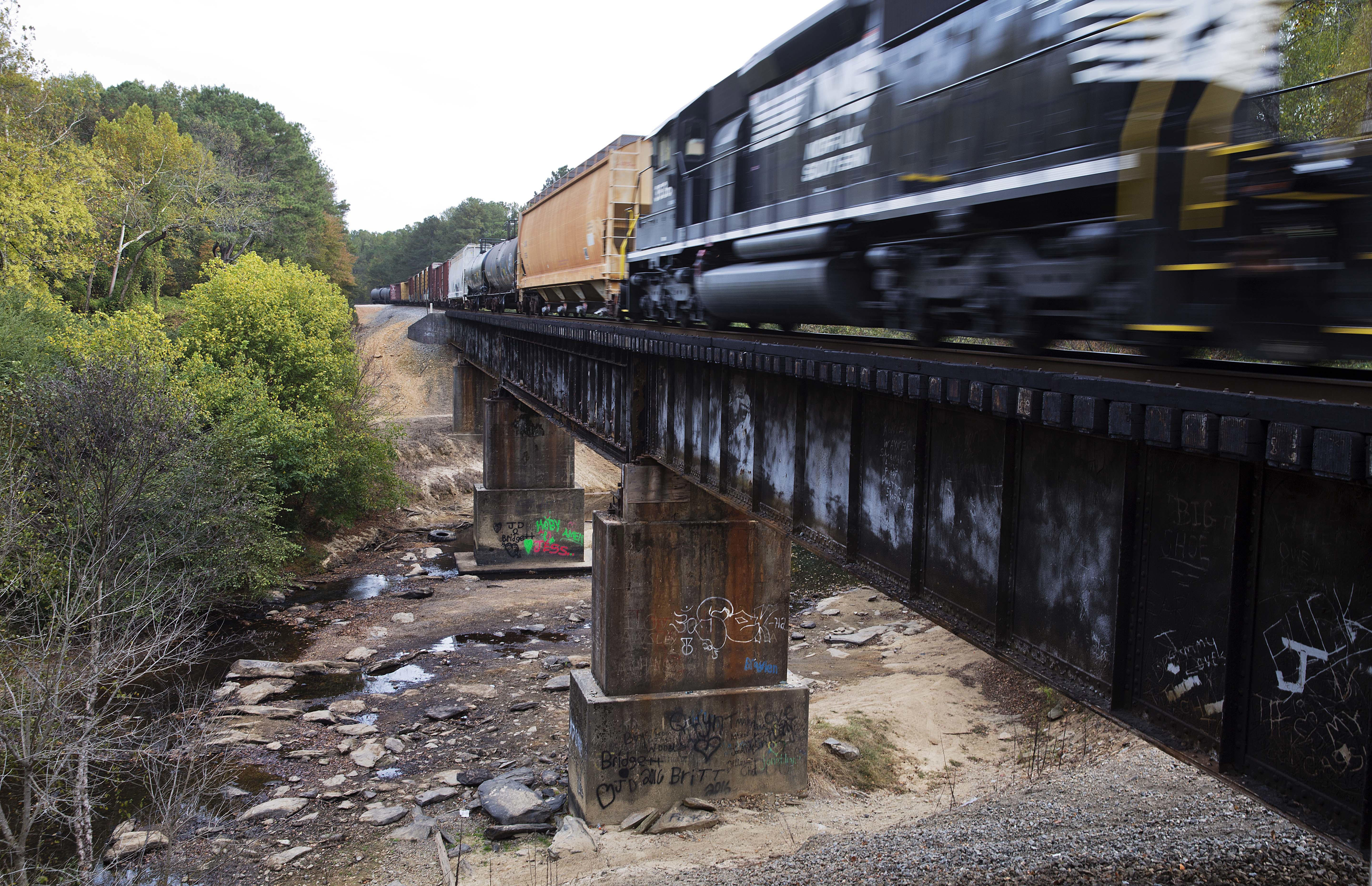 ATLANTA -- Beaver dams have been demolished, burbling fountains silenced, and the drinking water in one southern town has taken on the light brownish color of sweet tea.

Though water shortages have yet to drastically change most people’s lifestyles, southerners are beginning to realize that they’ll need to save their drinking supplies with no end in sight to an eight-month drought.

Already, watering lawns and washing cars is restricted in some parts of the South, and more severe water limits loom if long-range forecasts of below-normal rain hold true through the rest of 2016.

“My son noticed it when he went to take his bath for the evening,” said Benson, 43. “The water was kind of a light brown color and after we ran it for a while, it actually looked like a light-colored tea. A little disturbing.”

The problem was that Griffin’s reservoir is nearly 8 feet below normal, leaving “a high level of manganese” in the remaining water, but not making it unsafe, city officials told residents in a Nov. 16 “water discoloration update.”

Benson watched that water turn from brown to “kind of a light green tint” before clearing up, he said.

It’s no better in Tennessee, where about 300 of the state’s 480 water systems serve areas suffering moderate to exceptional drought, the Tennessee Emergency Management Agency said.

Across the South, communities relying on depleted watersheds can’t afford to waste what they’ve got left, said Denise Gutzmer at the National Drought Mitigation Center in Lincoln, Nebraska.

“For some of these small communities, they are in trouble and they will need to be very careful about their water use to conserve,” Gutzmer said. “Just like when a bank account gets low, you become much more conscientious about how you spend the remaining dollars you have to spend.”

Gutzmer collects the most granular consequences of the nation’s weather for the Drought Impact Reporter . She logged the complaints of a hay producer in Winchester, Tennessee, whose spring has run dry “for the first time in over a hundred years,” and the rescue of 64 endangered Barrens Topminnows, one of the world’s last remaining wild populations, from a drying stream in Coffee County, Tennessee.

She also tracked a mass mussel die-off due to low water in southwestern Virginia, and described how hundreds of volunteers removed beer bottles and car parts from the bottom of Alabama’s Lake Purdy, which has 20 feet of water, three-fourths of its capacity. She even heard how workers dismantled beaver dams to increase water flow in west Georgia’s Tallapoosa River.

“That really underscores the desperation of the situation, like ‘Ok, we’ve got to clear the beaver dams,’” Gutzmer said.

In Beech Mountain, North Carolina, some 10,000 skiers take over the town on winter weekends when the slopes are open. But there’s been no snow this year and the drought has drained the town’s sole water source, Buckeye Lake. The surface is now about 6 feet below what town manager Ed Evans calls “full pond,” meaning he’s about 45 to 60 days from buying water from somewhere else.

Evans said the town’s 340 residents are being encouraged to conserve and car-washing is banned.

Similar rules are in effect in Georgia, on a much larger scale. Gov. Nathan Deal recently announced “level 2” water restrictions for about a third of the state’s 159 counties, limiting outdoor water uses to two days a week.

There’s no “doomsday clock” that could count down the days until taps run dry, says Kevin Chambers of the Georgia Environmental Protection Division.

“Stream flows are getting very low. Reservoirs are dropping,” Chambers said. “So we’re hoping our level 2 response will be sufficient to get us through the winter.”

Some water sources are more drought-resilient than others, said Jac Capp, chief of watershed protection for the Georgia Environmental Protection Division. “These systems almost always have interconnections with neighbors,” he said, “so they’re getting some of their water from their neighbors while their source is strained.”

The 15,000 residents of the west Georgia town of Villa Rica might soon have to pay a surcharge to cover the cost of purchased water.

Villa Rica’s public works director, Peter Zorbanos, has been working mightily to keep water flowing through the system after the surface of Lake Fashion dropped below an intake pipe. The town may soon have to rely on its lowest intake pipe, near the lake’s murky depths. That pipe is thought to be a half-century old and is surrounded by silt. No one has tried to open its valve yet, and they’re not sure what will happen if they do.

“Those things can get rusted shut over the years,” Zorbanos said. “We’re kind of in uncharted territory.”

5 fired Memphis officers charged with murder in Tyre Nichols' death: "This was wrong"
Thanks for reading CBS NEWS.
Create your free account or log in
for more features.
View CBS News In
CBS News App Open
Chrome Safari Continue
Be the first to know
Get browser notifications for breaking news, live events, and exclusive reporting.