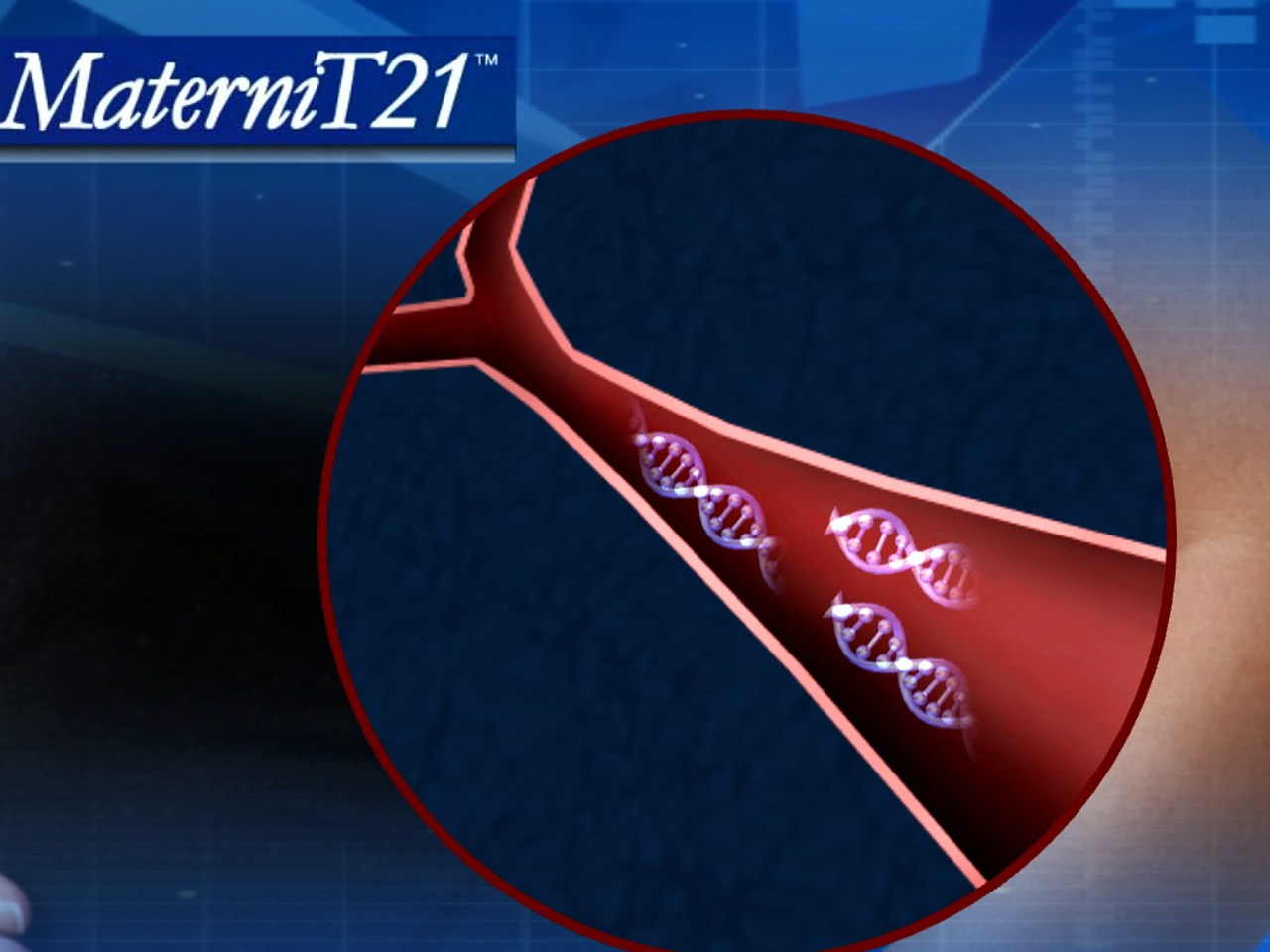 Prenatal testing has turned into an unlikely campaign issue. Presidential candidate Rick Santorum said this week that some tests, in his words, "encourage abortions."

"CBS This Morning" took a look at a new test that reveals birth abnormalities at a much earlier stage. The test is sure to give many more pregnant women and their families a lot to think about.

Recent advancements in genetics have helped doctors develop a safer test for Down syndrome than amniocentesis, an invasive procedure that can identify many genetic disorders but can also result in miscarriage.

The new test, called the MaterniT21, can be administered at just 10 weeks and is nearly 100 percent accurate. The test works by analyzing the mother's blood and counts fragments from the fetus's DNA to identify the presence of an extra chromosome, which can signify Down syndrome.

According to Dr. Brian Skotoko, a medical geneticist at Children's Hospital Boston, this is the beginning of a new era of prenatal screening.

"There is no risk to the fetus - a simple blood drop from your arm. This new test raises a provocative question of how much do we test for and do we as a society draw the line?" Skotoko told CBS News.

Expectant parents are routinely offered prenatal testing for various genetic disorders -- not just Down syndrome. The tests may lead to more difficult decisions for many parents.

Melanie McLaughlin, a mother who decided to go through with her pregnancy following a test that indicated her baby would have Downs syndrome, said of the latest test, "If it's not for Down syndrome what is it for? Is it for homosexuality? Is it for breast cancer? Is it for Alzheimer's? Is it for, you know, autism? Because you're going to need to ask those questions, because they're coming."

For more on the prenatal test, watch the video in the player above.

The earlier testing means mothers are going to be challenged with a decision earlier in their pregnancies, Dr. Paul Root Wolpe, director of the Center for Ethics at Emory University, said on "CBS This Morning."

"If they do choose to terminate the pregnancy, it will be a less complicated procedure," Wolpe said. "... More and more women are going to be facing tough decisions as this test and similar tests are developed."

Research from the U.K. suggests that for most women -- more than 90 percent studied -- would have an abortion if she knew she were having a baby with Down syndrome.

"Do you think this could lead to a world without Down Syndrome kids," Gayle King asked.

Wolpe said it's unlikely. In the U.S., that statistic on women aborting over Down syndrome may be lower.

"Some women will not get the test, other women choose...not to abort even though they have the information," Wolpe said. "... I don't think that we're going to end up, at least in the foreseeable future, in a world without kids with Down syndrome, and many parents, I think actually take the path (of not aborting) and end up very glad they did."

For more with Wolpe on prenatal testing and the ethical questions about them, check out the video in the player above.