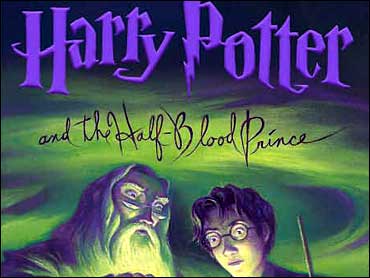 A handful of people in Canada got a sneak peek of the latest Harry Potter book, but a British Columbia Supreme Court judge ordered them to keep it a secret.

The book was sold to 14 people who snagged a copy of J.K. Rowlings' much anticipated "Harry Potter and the Half-Blood Prince," when it landed on shelves last Thursday at a local grocery store.

The book, officially set for release this coming Saturday, has been shrouded in secrecy and its debut has been highly orchestrated to enable everyone — readers, reviewers, even publishers — to crack it open all at once. It's the sixth in Rowling's seven-book fantasy series on the young wizard.

But the store slipped up and sold 14 copies before realizing its mistake.

"It was an inadvertent error on behalf of one of our staff," said Geoff Wilson, a spokesman for the Real Canadian Superstore. He said the books were quickly removed.

Justice Kristi Gill last Saturday ordered customers not to talk about the book, copy it, sell it or even read it before it is officially released at 12:01 a.m. July 16.

The order also compels them to return the novel to the publisher, Raincoast Book Distribution Ltd., until the official release. At that time it will be returned to them.

As an added incentive, Raincoast will include Rowling's autograph and a gift pack.