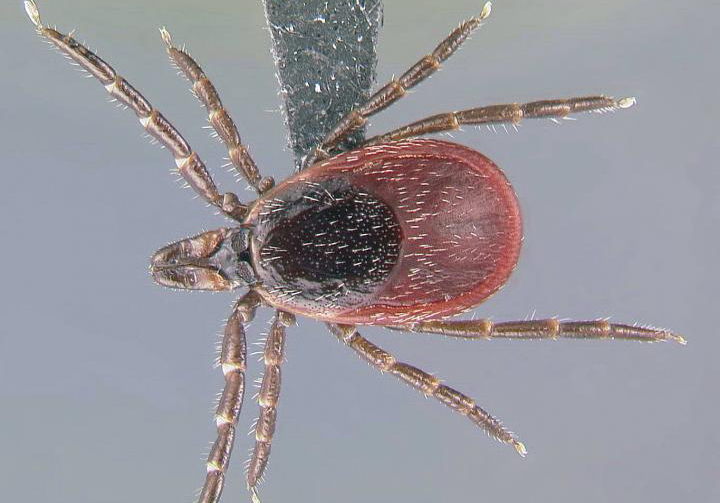 A urine test designed for early detection of Lyme disease has shown some success in preliminary research, according to a study published in the Journal of Translational Medicine.

The idea for the test originated when graduate student Temple Douglas was a high school intern at George Mason University in Virginia. She wondered whether a technique researchers were working on to test for microscopic cancer particles might be used to test for Lyme disease.

The disease is difficult to diagnose because only 40 percent of people get the telltale rash after a tick bite. Current lab tests can also give false positives.

Douglas's hunch led to the development of a new test which is able to detect trace amounts of Lyme bacteria in the body through a urine sample. This makes the test more effective than current tests, the researchers say, which detect antibodies the body produces in response to the infection.

"We believe it's a game changer," said Lance Liotta, co-director and medical director of the George Mason-based Center for Applied Proteomics and Molecular Medicine. (Proteomics refers to the study of proteins.) "The bacteria that's really causing this effect, we're testing it directly, and we're testing it with a high sensitivity never achieved before," Liotta explained.

"The goal is to treat this bacteria really early, right after the tick bite, and it can be completely cured with antibiotics," Liotta said. The test is now available for patients.

"It's a novel idea and I applaud the researchers for doing this because we are in need of earlier detection for Lyme disease, but it's important to know that it's a first phase study," he told CBS News. "So from a clinical application, it is not yet ready to be used in the care of patients."

He also notes that some patients may benefit from such a test more than others.

"This could really help acute Lyme disease patients, who often present with a rash" he said. "But if the rash isn't quite typical or there are some people with acute Lyme disease who don't even have a rash, this test, if it pans out to be what they're purporting, could give clinicians a chance to confirm an early diagnosis and get patients much-needed treatment."

Current tests can take up to two weeks to identify antibodies and confirm a diagnosis. "This test wouldn't have that delay, in theory, because you don't have for the antibody development if you're measuring the bacterial protein directly," Aucott said.

People with chronic Lyme disease, on the other hand, have such varied symptoms and this form of the disease is so little understood that the test would need a lot more work before being applicable to that population, he said.

Finally, Aucott notes that the test would need to be used in other regions of the country, with other species of ticks, to determine how effective it really is.

Nevertheless, Douglas, who is now focusing on cancer research at Virginia Tech, said she feels like her hard work has paid off.

"By doing the research I do, it's possible I will be able to help people out," she said.

Editor's note: This story has been updated to reflect that the test is currently available for commercial use.