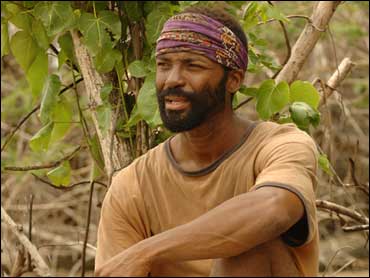 Nice guys finish first — at least on the most recent edition of "Survivor." After a series of twists and turns, Earl Cole walked away with the million-dollar prize for outwitting, outlasting and outplaying all the other "Survivor: Fiji" contestants.

The votes were tallied during a live broadcast from New York on Sunday night, in the finale of the 14th season of the popular CBS reality show.

At the end of the program, Probst announced the next edition of Survivor will be held in China.

The $1 million check was presented to Cole on Monday's The Early Show.

The major controversy on the show this season involved a bargain struck between Dreamz and Yau-Man; when the latter won an expensive pick-up truck in a challenge, he offered it to Dreamz in exchange for immunity down the line. But when it came time for Yau-Man to collect from Dreamz, Dreamz refused to honor the the terms of their deal.

Several jury members -- though, surprisingly, not Yau-Man -- were outraged by Dreamz' actions and blasted him during the portion of the final tribal council when the jury can ask questions of the final contestants.

Dreamz had justified his actions by figuring that the others would have done the same thing had they been in the same position. "Other people lied and cheated, and slithered -- snakes, rats, weasels -- so it's not going to play on my mind," he said. "I'm going to sleep comfortable tonight knowing I have a shot at a million dollars tonight."

But it was not to be and the vote was unanimously for Earl -- and against Dreamz. "I was ecstatic about it. I was surprised that all the votes were for me," Cole said on The Early Show. "I'm glad they respected the way I played the game."

Later, Smith tried to figure out Dreamz' motives. "You're going into the final three -- did you think you had any chance whatsoever against Earl?" he asked.

"Then why bother? You could have walked away with your honor intact," asked Smith.

"I left my honor at home with my family," explained Dreamz -- a remark that was met with a burst of laughter from the other contestants.

The well-liked and respected Yau-Man, who might have won had he remained in the competition, said he was taken aback by Dreamz' refusal to honor their agreement.

"I thought he would be good for his word," said Yau-Man who, at 54, was the next-to-oldest contestant. "Up to the very end, I thought he would give me the immunity necklace. I had a little doubt towards maybe the last couple of seconds, but by then I was too stubborn to change my mind and say, 'Hey, let's make a different deal.'"

After last year's experiment with dividing the cast into tribes based on race, the "Survivor" twist this season was about class.

"So we took all 19 (contestants), put them on the boat, sent them to the beach," Probst said in February, prior to the show's premiere. "So we give them everything they need to build a gigantic place. Then we divide into two groups. The winning group gets to live there. The losing grip gets a pot, a machete and a cave."

In the end, the accomodations didn't make a difference -- Earl was initially part of the Ravu tribe, which had the bare-bones camp. Dreamz and Cassandra were both from Moto, home of the first-ever "Survivor" sofa and outhouse.