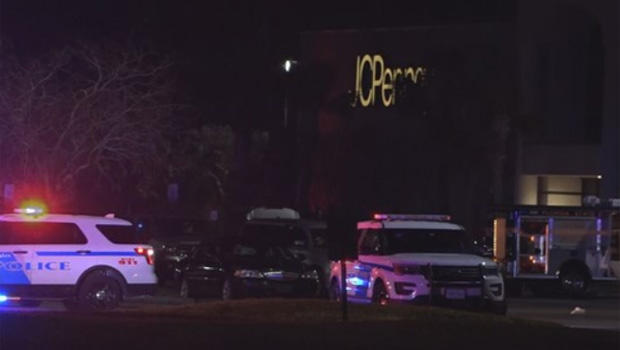 Lake Wales police Deputy Chief Troy Schulze tells news outlets that at 5:22 p.m., the Lake Wales Fire Department received an alarm call at the Eagle Ridge Mall. While en route to that call, their alarm for smoke was turned into a structure fire call.

As they arrived, they found smoke in the service corridor just outside J.C. Penney.

As they went inside, they discovered what they two devices described as a type of flare wrapped in PVC and then wrapped in electric tape that had detonated, Schulze told CBS News. After 11 p.m. Sunday, bomb sniffing K9s continued to search each store inside the mall. Schulze wouldn't speculate on a motive or who might've planted the devices. He said the FBI had been notified but it was too early to consider whether the incident was terrorism. He was right.

The mall issued a statement Monday clarifying that the devices were indeed flares and that they had gone off in a largely empty area of the mall, triggering a fire alarm.

Officials say no one was injured, but the mall was evacuated. Schulze estimated 100 people were in the mall when the devices went off. The area where the devices exploded is generally only used by employees, WTSP-TV says.

Authorities at the time said witnesses described a person-of-interest. He was seen running from the scene, reports CBS Tampa affiliate WTSP-TV. Authorities are still examining the cause of the incident.