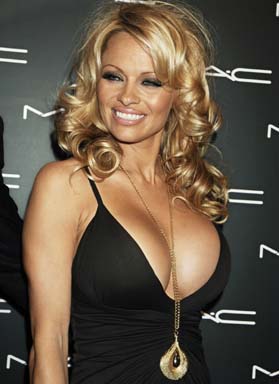 Shares of E-Tek, priced at a higher-than-expected $12 by lead manager Goldman Sachs, opened at 19 1/2 and never looked back, closing the day at 26 3/4 in trading of more than 12.4 million shares.

Steven Tuen, research director at IPO Value Monitor, said the stock looked expensive. "The enthusiasm may have gotten ahead of its fundamentals," he said. "I'd probably be wary at these levels."

San Jose, Calif.-based E-Tek (ETEK) delayed its original IPO plans in October but then came back last month with a less-ambitious deal in an amended filing with the Securities and Exchange Commission.

In addition to E-Tek, high-profile deals from Internet players Ticketmaster Online/CitySearch and uBid are expected to hit Wall Street on Friday.

E-Tek, which makes components to help run the fiber optic networks that are rapidly being built across the globe, has been profitable for most of the decade, but the company's margins have slipped recently, from 64 percent in 1996 to 54 percent this year.

"Size is important," he said. "You get size by being aggressive in every area."

E-Tek sells its components to other fiber optic companies, such as Ciena and Italy's Pirelli, which then sell their technology to the telecommunications companies that own the wires.

In the past couple of years, competitive local exchange carriers like ITC Deltacom (ITCD) and national upstarts like Qwest (QWST) and Global Crossing (GBLX) have installed an enormous amount of fiber.

Some analysts think the supply of fiber currently outstrips demand but believe the growth of the Internet and other data-intensive applications will help drive future business for fiber optic manufacturers like E-Tek.

Though the long-term outlook for fiber optic companies looks strong, some of the pioneers in the space have experienced growing pains. Ciena (CIEN), fr instance, has had a rough ride recently amid fierce competition and canceled orders, which helped kill a proposed merger with Tellabs (TLAB). The stock remains more than 80 percent off its highs.

Like Ciena, E-Tek relies on a limited number of customers for its sales. E-Tek's top three customers accounted for 61 percent of sales in the first half of 1998. Alcatel Alsthom (ALA), E-Tek's best customer, making up 30 percent of revenue, reported disappointing earnings in its most recent quarter. Alcatel said its telecom business remained strong, however.

Some of the company's customers could become competitors, Tuen warned. "Lucent (LU) could conceivably produce their own components," he said. "It's a very fine line they have to walk."