Here's a question we received from Cam Edwards, host of the Cam and Company show on nranews.com:

"On Sept. 28th of this year, Mike Wallace from '60 Minutes' appeared at a Brady Center to Prevent Gun Violence Event at the French Embassy in Washington, D.C. During his appearance, Mr. Wallace used a clip from a '60 Minutes' interview he conducted with then-NRA President Charlton Heston.

Does CBS have a policy regarding on air talent appearing at special interest events like this, and does CBS have a policy regarding use of their broadcast material at events like this? Further, do you believe Mr. Wallace and '60 Minutes' have an ethical obligation to disclose Mr. Wallace's support for the Brady Center the next time the program does a story on guns and/or gun control?

I look forward to your response.

Since this is just the kind of question PE is here to help answer, I spoke with Linda Mason, the senior vice president for standards and special projects at CBS News and asked her what the policy is regarding these types of appearances. Here's what she told me:

"We allow CBS correspondents to speak at various functions and occasionally show video. We have strict regulations that if a CBS correspondent becomes identifiable with one side of a controversial issue, they will not be allowed to cover that issue in the future."

I asked Mason whether this appearance by Wallace raised him to the level of being "identifiable" with the cause of gun control and she told me, "we're looking into it to determine" that.

I then spoke with Wallace, who provided more information on the event. According to Wallace, he "had no idea" that the event was a fundraiser for the Brady Center at the time he was asked to speak. He believed he was being invited to speak at a birthday party for longtime columnist Art Buchwald. When he learned that the party was connected with a Brady Center fundraiser a week or two before the event, he then purchased tickets for himself and some family members who wanted to attend the birthday party, as all attendees presumably did. (From our conversation, I got the impression that he may have felt it was an awkward position.)

Wallace told me, "what I did was figure I'd razz him [Buchwald] for making us pay to come to his 80th birthday party." Wallace said he put together a 47-second video that included comments from a former Supreme Court Chief Justice on the Second Amendment and footage of Charlton Heston. Wallace noted that the clip of Heston showed the former NRA president in a less-than-favorable light. Wallace emphasized the lighthearted nature of his comments, telling me, "it was meant to be and was received as a joke."

Here's my take: It never looks good when a correspondent (or any member of a journalistic enterprise) appears at events connected with a controversial cause. Speaking at an event to raise money for breast cancer, heart disease or AIDS, fine. Speaking at one for either side of the gun control, abortion or Iraq debate is only asking for trouble. You can debate this issue all day but the bottom line is that it creates a perception problem at the very least. CBS News and all news organizations are right to be sensitive to the point of pettiness about this.

According to Wallace and other accounts, my impression is the focus of the entire affair was on Buchwald, not on gun issues. Ben Bradlee, former editor and current vice president at large of the Washington Post was also one of the featured speakers. Other members of the media were listed on the honorary birthday committee (although mostly columnists). Wallace later appeared on CNN with Buchwald in a segment about the columnist's 80th birthday and new book where Buchwald described him as "allegedly one of my best friends."

There is nothing wrong with speaking at a friend's birthday party. But while Wallace may have kept his remarks primarily about Buchwald, the fact that he brought a video that referenced gun control and that he cast Heston in an unfavorable light raises concerns and skirts the edges of advocacy -- especially at an event where money was being raised.

Those raising questions praise Wallace as well. Here's what Cam Edwards wrote about him on Red State:

"He's a trusted reporter, praised even by 'conservatives' like Bill O'Reilly as 'the best American broadcaster in history.' He's had a long and distinguished at CBS News, winning 19 Emmy Awards, 3 Peabody Awards, and is in the Television Academy Hall of Fame. … I've got no problem with Mike Wallace having an opinion on an issue like gun control. I disagree with Wallace's position on gun control, but he has a right to his opinion."

But Edwards raises important questions. CBS News will have to decide whether or not Wallace should cover issues involving the Second Amendment again or if he does, whether he should disclose his appearance at the event. His presence, and especially the video, comes very close to making him "identifiable" with a cause in my view.

I'm glad CBS News is looking into this issue and encouraged that Mason and Wallace are talking about it to Public Eye. We are hopeful that the dialogue will continue. It's a cautionary tale for all journalists about the perceptions they create whenever they appear at any event. 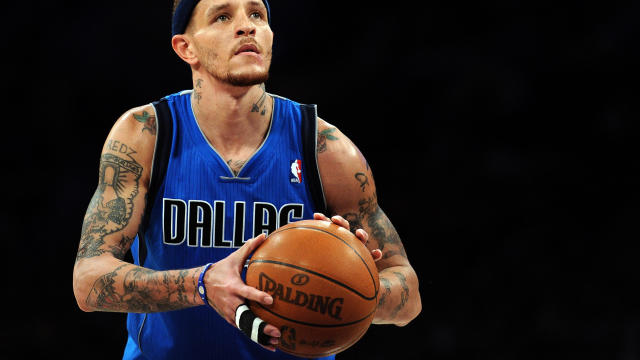