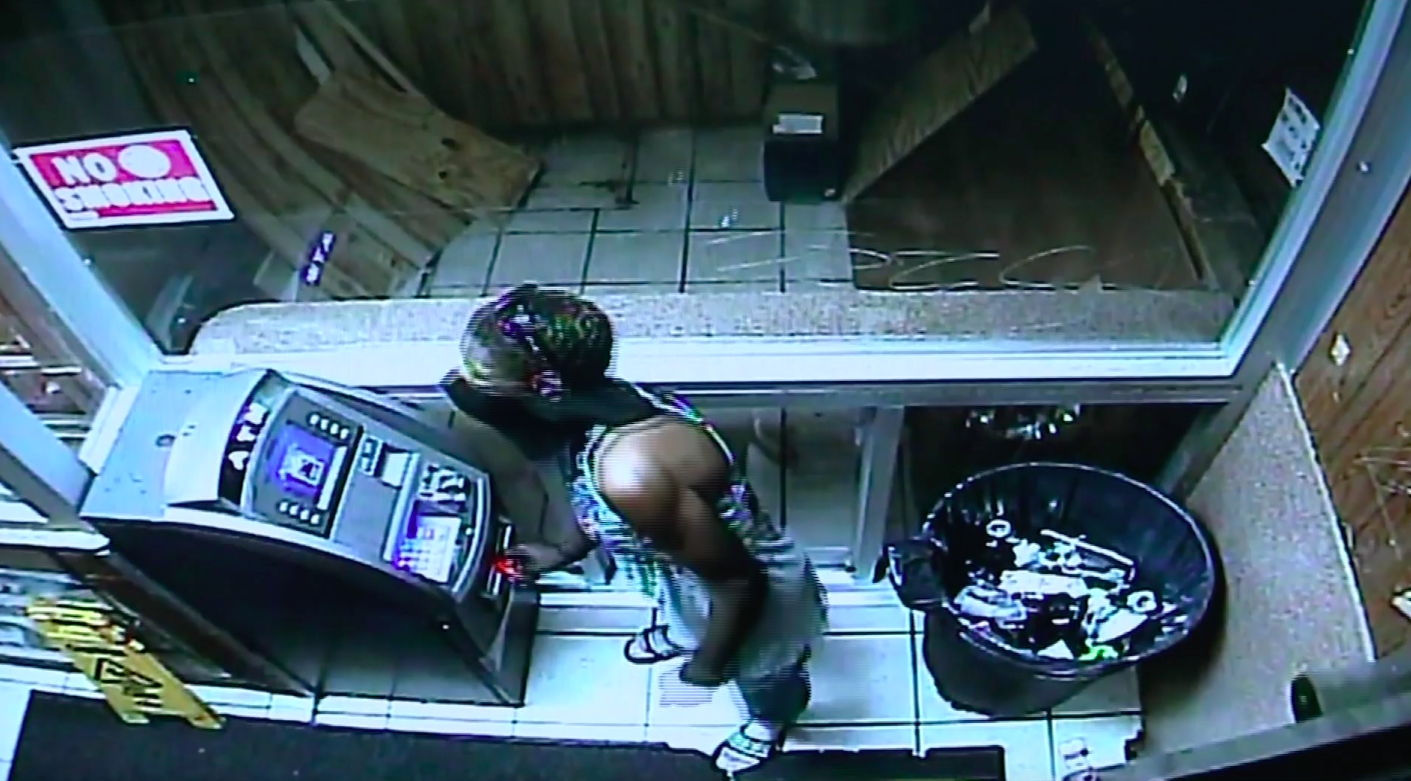 An explosion rocked a liquor store in the Kensington area of Philadelphia on Wednesday night. The target was an ATM machine dynamited by an unidentified man and a woman, CBS Philadelphia reports.

Philadelphia Police reportedly arrested a female suspect early Thursday morning, just a few hours after the blast on Wednesday night. Charges against the woman are pending while a search for the male suspect continues.

Security video from the business, Kenny's Place, showed smoke and debris quickly filling the vestibule where the ATM is kept. Outside, the boom sent passerby scattering.

An employee of the store, who asked to remain anonymous, described the blast as shaking the whole building. There was substantial damage to the top of the ATM, but the cash remained unharmed and secure.

Philadelphia Police Department Chief Inspector Scott Small said, "It's very difficult, even with an explosion, to breach the safe."

Officials are not sure what connection, if any, there is between this incident and three others involving explosives in the city in the past two weeks.

Prior to the attempted ATM robbery, a teenager had been caught on camera throwing an explosive device into a nearby Chinese restaurant three days earlier. Significant damage was inflicted to the building, but nobody was harmed.

Another two attacks using the same type of explosive were executed on ATM machines in the Hunting Park area of the city, according to The Inquirer newspaper. An arson task force comprised of local officials and the Bureau of Alcohol, Tobacco and Firearms is investigating the attacks.