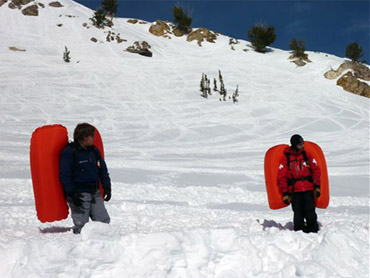 Because people are living longer and doctors can prolong lives artificially when the end is near, hospital beds are filling up with elderly patients with no hope of recovery and no choice to avoid painful treatment.

It is becoming such a serious national problem that physicians at one of the biggest and best hospitals in America – Bellevue Hospital in New York City - have decided to speak out.

Correspondent Dan Rather visited Bellevue and saw the problem firsthand during the morning rounds.

Dr. Ken Berger is in charge of the intensive care unit at Bellevue Hospital. The name of the 72-year-old patient he is treating cannot be revealed because of privacy rules.

His condition is well known to doctors not only at Bellevue, but also at hospitals across America. He is old and dying, but he's being kept alive.

"He has essentially zero percent likelihood of survival. So we're providing him with very aggressive and invasive therapies that really have no chance at improving his survival, and we're doing that not necessarily because we want to do that."

The law says that doctors must do everything to keep a patient alive, unless that patient has given them proof that he doesn't want treatment. The problem is, with patients like the one in Bed 11, he is too sick to speak -- and there is nothing in writing from him, like a living will, expressing his wishes.

So Berger must try to keep him alive, even though he thinks it's useless.

"This is medicine's great problem currently. It will become greater and greater as the population ages," says Dr. Lewis Goldfrank, director of Bellevue's emergency department.

"We have to protect families, and we have to protect older people, so that they're not abused by the system, because the emergency department is remarkable. We'll save lives that no one could have imagined. But we prolong lives that people would have wished to abandon."

Isn't this, however, what doctors are trained to do – to keep people alive when they can?

No, says Goldfrank. "I was trained to first do no harm, and to make sure that I did the best I could for that human being. And if there's no benefit for that person but the technical tasks that have -- medicine has advanced are done to that person, I can't see that as being beneficial," adds Goldfrank.

"I'm not helping that person. That, I think, is abusing that individual. And, in many ways, I think it's a question of a new form or a critical form of elder abuse."

It's a new form, says Goldfrank, and an alarming trend. Ambulances now bring to Bellevue more than 500 of these chronically ill patients a year -- cases that emergency room doctors must aggressively treat because the patients never planned for this crisis:

"I can do things. I mean, you can do things and make people hook up to a host of tubings. You can put a tube in the nose and the mouth in the trachea. And you can put tubes in all the veins and in the bladder. But lots of times that doesn't do any good," says Goldfrank.

Decisions don't just apply to the elderly. Terrie Schiavo is the young Florida woman in a coma whose parents and husband are fighting over what they say she would have wanted.

In the everyday case of old people whose wishes are not known, doctors' hands are tied – and they wish that the comatose patient had made a choice when able.

But the law allows doctors one last option to learn a patient's wishes, provided evidence can be found that they expressed what they would have wanted in earlier conversations with friends or family.

This brings us back to the elderly man in Bed 11. Because nothing is in writing, Berger has decided to try to find such evidence -- but he knows finding what a person said can be harder than discovering a cure:

"If he doesn't want this done, it would be nice to comply or go with his wishes," says Berger.

But a resident has searched everywhere for evidence of his wishes and found nothing. She says he doesn't have any family members, but she learned that he did have a female visitor who asked about the patient's condition.

"If [he] has made any sort of comments to them, or they have had discussion around a TV, or watching a friend in a nursing home who got sick or something where they could say, 'You know, he said he would never want to end up like so and so,' then we can go ahead and withdraw life support," says Berger.

So finding the friend is crucial – and Berger offers to speak to the woman on the phone. He reached the friend, Anne Hopkins, that afternoon. Hopkins knew the patient as "Bob," but it turns out, not very well.

What did she tell Berger? "I told him that I had no idea, but we had never discussed anything like that," says Hopkins. "And no, I thought, 'Well, I could lie. Because no one would ever know.' But I simply couldn't do that. And so, I wasn't able to be any help. And it was very frustrating for both of us."

"I would have liked to have told the doctor that he's suffered enough, and let him go," adds Hopkins.

But "Bob" did not pull through. He died four weeks after being admitted to Bellevue. And Hopkins arranged and paid for his burial.

The suffering is not just physical, but also financial, and it's no wonder that, in their last year of life, Americans spend more than five times the money on health care than in all their previous years.

In "Bob's" case, Bellevue Hospital gave 60 Minutes the bill based on a hypothetical case just like his. It is 52 pages long and it shows that the total bill during his last stay would come out to more than $104,000.

Before "Bob" went to Bellevue, he lived at Coler Goldwater, New York City's largest nursing home. Located just across the East River from one of Manhattan's most exclusive neighborhoods, the home admits patients regardless of income. It is, in the words of Robert Frost, "the place where, when you have to go there, they have to take you in."

"Many of them know, as we do, that this will be the last place that they call home," says Dr. Yolanda Bruno, the medical director. She asks every patient who enters her nursing home to write down specific instructions about their final medical care. But she finds the elderly are no more willing to talk about it now than when they were young.

How many of them have detailed some instructions of how they want their medical treatment to be handled in their final months and days?

"There are probably fears associated with advanced-care planning. Many people feel that they won't get adequate care if they decide on terminal wishes. I mean, it's a completely unfounded belief."

Unfounded belief, or faith in immortality, the fact is that the majority of Americans do not have written directives. Goldfrank suggests a remedy to cure the problem: a large and healthy dose of reality.

"If someone can't think, if someone can't walk any longer and they just lie in a bed, then how much good is it to exist," asks Goldfrank. "And we all have to decide that."