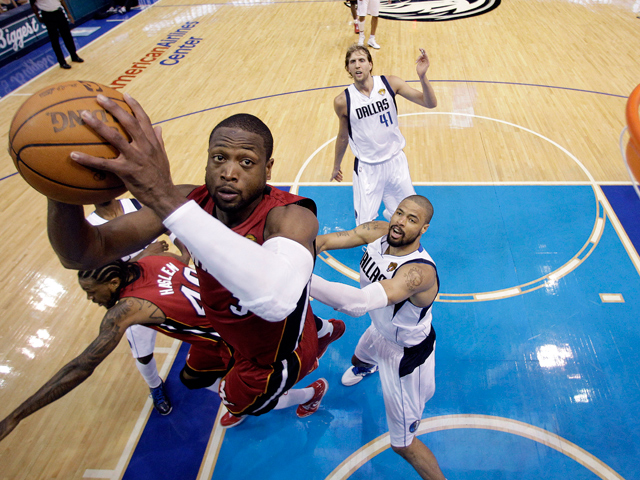 The fried chicken chain says it will make donation to its own scholarship fund in the Miami Heat guard's name — if he serves as an honorary captain at a drive-thru window. A company spokeswoman says the donation offer is $250,000.

KFC says it made the offer in response to one of Wade's tweets when the NBA lockout began, in which he playfully asked if anyone was hiring. Wade worked at KFC before his NBA days.

KFC U.S. general manager John Cywinski says that the company has always been proud to call Wade a former employee and looks to hire people with his skills like "teamwork and the ability to make buckets in a hurry."

Cywinski's appeal to Wade, which is posted on KFC's website, includes a special signing bonus: getting a much-coveted trade secret:

"Our original coach, the legendary Colonel Sanders, knew a thing or two about buckets. And who knows, if you make a KFC-team comeback, we might just share some of his secrets with you."