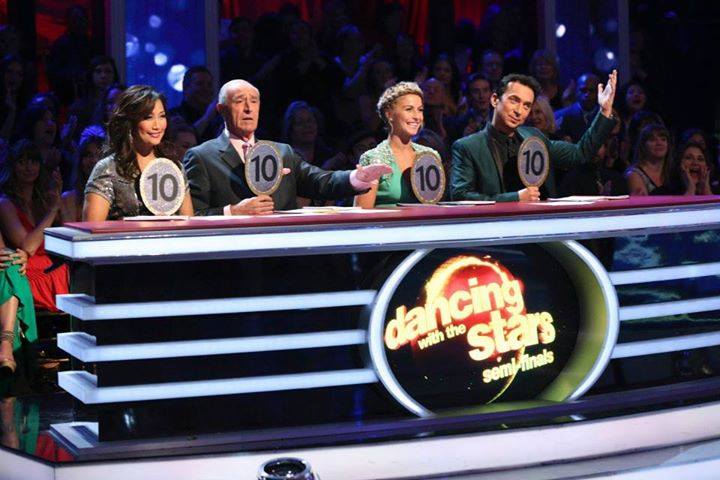 "Dancing with the Stars" is back for its 20th season, with a whole new cast of talented, entertaining, sexy and inspiring stars and athletes.

But with a cast as eclectic as Redfoo, Suzanne Somers, Chris Soules, Charlotte McKinney, and Patti LaBelle, to name just a few, you know there is going to be a wide selection of heartwarming dances, and bizarre moments. So here are some of the best, worst and weirdest things that happened on the "DWTS" season 20 premiere.

The "Glee" star and his pro partner turned up the fun to an 11 when they rocked out at a faux-concert to "What I Like About You." But as the judges pointed out, Riker's going to have to work on his technical precision a lot in the coming dances.

Patti LaBelle is one of the most celebrated singers of all time, and she recently appeared on FX's American Horror Story: Freak Show. But one talent that Patti admits has never been in her repertoire is dancing. However, the 70-year-old pulled out all the stops, and the love she got from the crowd and the judges brought her to tears.

While many people may not have known who Noah Galloway was before his appearance on DWTS, the Army veteran and double amputee delivered a massively inspiring performance that may make him the surprise star of the season.

Rumor Willis was great, and there's just nothing more you can really say. As it turns out, she's funny, pretty, smart, talented and she can dance. It looks like she's the easy frontrunner at the outset of season 20.

Charlotte McKinney Doesn't Want It to Be About Her Boobs

Charlotte McKinney is a model best known for her nearly-nude Carl's Jr. Super Bowl commercial. Charlotte started her pre-recorded video by saying she wanted the world to know she's more than just her boobs -- then she (and the producers, obviously) decided to focus primarily on her boobs and boob-related problems for the rest of the episode.

Redfoo's dance was fun, like most things LMFAO puts gets their hands on, but it wasn't much more than the rhythmic shuffling he does in most of his music videos. Once you strip away the quirky background dancers and goofy costumes, is there much more he's going to be able to offer?

Michael and Peta Murgatroyd performed a really fun dance set to the song of the year "Uptown Funk." But why did he need to have that creepy fake smile the whole time?

Tony and Suzanne Get Physical

Suzanne Somers is best known for Three's Company and her Thighmaster workouts. This week, Tony Dovolani decided to model everything after her workout videos, and it ended up being a messy neon and mesh insanity.

Demi and Bruce Are Uncomfortably Awkward

Demi Moore and Bruce Willis showed up to support their daughter, and awkwardly sat apart from each other, with Bruce one row in front and a few seats down. Even Don Johnson and Melanie Griffith managed to sit together when Dakota Johnson hosted SNL.

For more on the episode, check out this video.