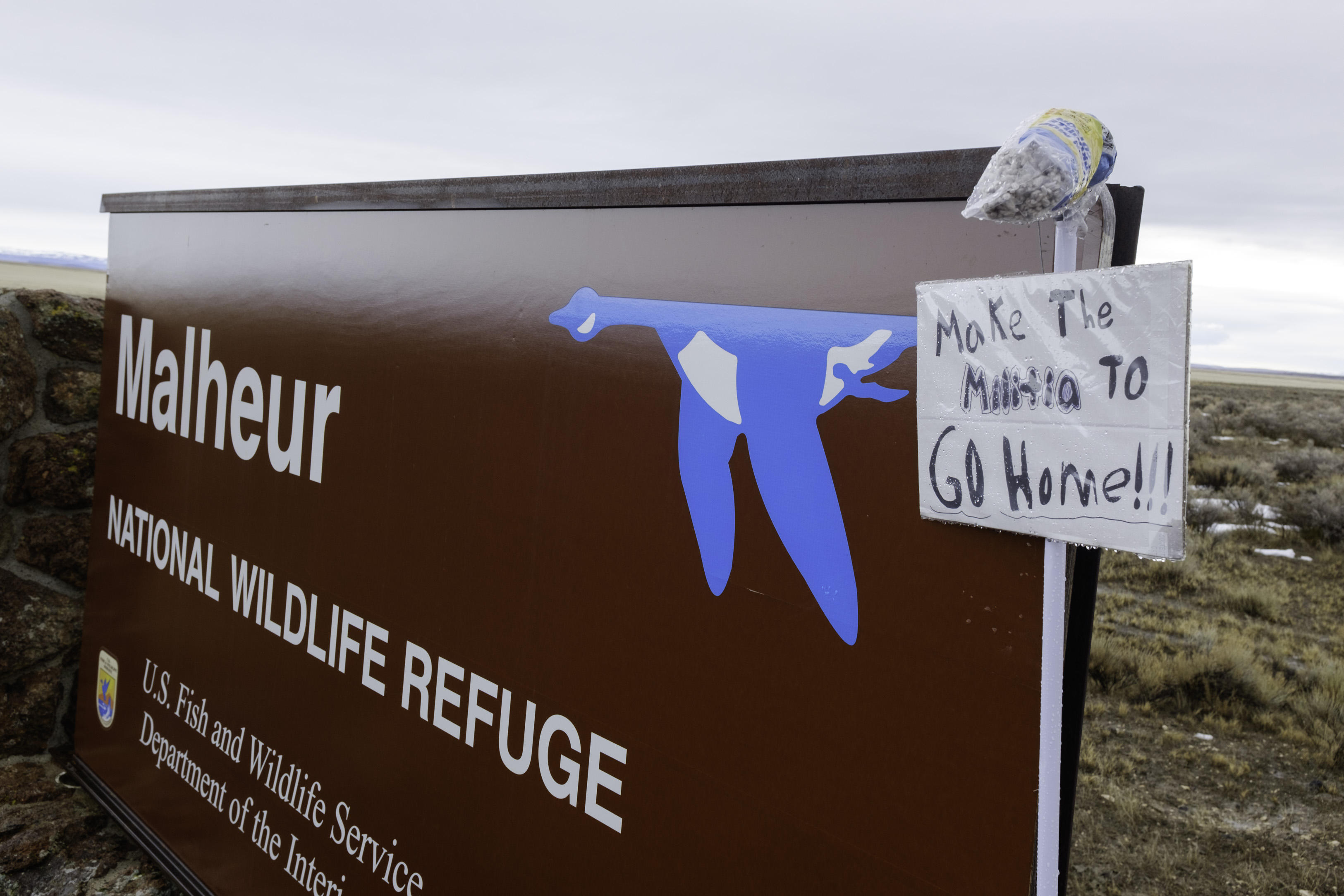 President Donald Trump is pardoning two cattle ranchers convicted of arson in a case that case sparked the armed occupation of a national wildlife refuge in Oregon. Dwight and Steven Hammond were convicted in 2012 of intentionally and maliciously setting fires on public lands. The arson crime carried a minimum prison sentence of five years, but a sympathetic federal judge, on his last day before retirement, decided the penalty was too stiff and gave the father and son much lighter prison terms.

Prosecutors won an appeal and the Hammonds were re-sentenced to serve the mandatory minimum. In a statement released on Tuesday, the White House called the five year prison sentence "unjust."

"The Hammonds are devoted family men, respected contributors to their local community, and have widespread support from their neighbors, local law enforcement, and farmers and ranchers across the West," White House Press Secretary Sarah Huckabee Sanders said. "Justice is overdue for Dwight and Steven Hammond, both of whom are entirely deserving of these Grants of Executive Clemency."

The Hammonds' sentence sparked a protest from Ammon Bundy and dozens of others, who occupied the Malheur National Wildlife Refuge near the Hammond ranch in southeastern Oregon from Jan. 2 to Feb. 11, 2016, complaining the Hammonds were victims of federal overreach.

The armed occupiers changed the refuge's name to the Harney County Resource Center, reflecting their belief that the federal government has only a very limited right to own property within a state's borders.

CBS News' Mark Knoller reports that the pardons for the Hammonds bring to 7 the number of pardons granted to date by Mr. Trump. He's also granted 2 commutations of sentence as well. Mr. Trump has been especially pleased with news coverage of his actions, which included commuting the sentence of Alice Johnson, a woman serving a life sentence for drug offenses whose case had been championed by reality television star Kim Kardashian West.

He has repeatedly referenced emotional video of Johnson being freed from prison and running into her family members' arms, and has said he's considering thousands more cases — both famous and not.

But critics say the president could be ignoring valid claims for clemency as he works outside the typical pardon process, focusing on cases brought to his attention by friends, famous people and conservative media pundits.

Aides say that Mr. Trump has been especially drawn to cases in which he believes the prosecution may have been politically motivated — a situation that may remind him of his own position at the center of the ongoing special counsel investigation into Russian election meddling.

Many have also seen the president as sending a signal with his pardons to former aides and associates caught up in the probe, or lashing out at enemies like former FBI Director James Comey, who oversaw the prosecution of lifestyle guru Martha Stewart, whom Trump has said he is thinking of pardoning.