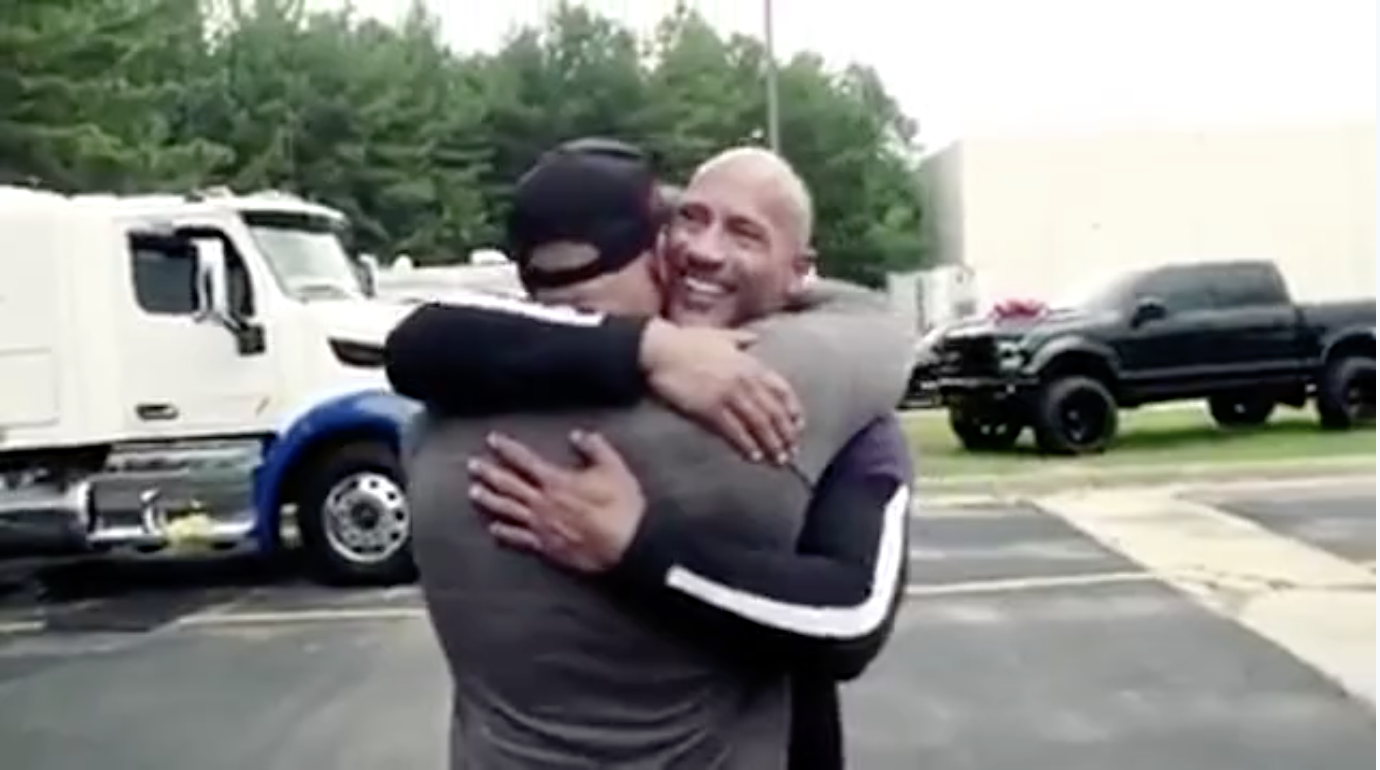 Dwayne "The Rock" Johnson may be known as one of Hollywood's highest-paid actors, but he's not too big of a star to appreciate people in smaller roles. Johnson gave his stunt double -- who is just as big in size, if not in stardom -- a surprise that brought the man to tears.

Johnson posted video on Facebook of himself and stuntman Tanoai Reed doing a behind-the-scenes interview together. Reed, who just returned to set after suffering an injury, didn't know that the interview was staged and that Johnson had a surprise up his sleeve.

The action hero, standing next to the stuntman who looks like he could be his twin, turns the interview in a sentimental direction. "He's been an incredible partner and brother to me," Johnson says of Reed. "It's been an honor and I want to say from the bottom of my heart, I love you, I thank you, and enjoy your new truck."

The video shows Johnson step to the side to reveal a brand new pickup truck parked behind them, topped with a big red bow. Reed looks shocked when he sees the truck. Then he gets choked up and appears to be left speechless. The two men embrace as Reed thanks the star and sheds tears of joy.

Reed, who is still recovering from his latest injury, "represent[s] our family and my career with relentless commitment and passion," Johnson writes. "He also represents an entire Hollywood stunt community that is truly the backbone of our business."

"Thank you for the blood, sweat, tears and years," the former wrestler writes to Reed, who has worked with him for 17 years. "We're just getting started. Enjoy your new truck!"

In the now-viral video, Johnson says the truck is just a small token of his appreciation for Reed. The two look-alikes pose in front of shiny black pickup. They look more like brothers than coworkers, and Johnson's act of kindness is more like an act of brotherly love.