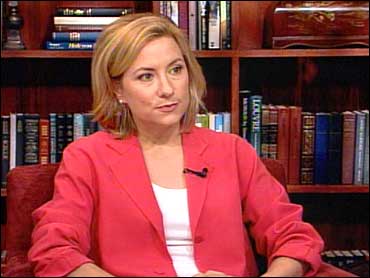 While educational videos such as "Baby Einstein" and "Brainy Baby" claim to help your baby learn, they may actually do the opposite.

Medical correspondent Dr. Emily Senay stopped by Wednesday's The Early Show to discuss why you may want to pull your infants and toddlers away from the TV screen.

A research team from the University of Washington surveyed 1,000 parents over the phone and asked them questions about their children's age and the amount of time their child spends watching various television programs, as well as infant DVDs and videos.

They gauged each child's vocabulary by determining how many words on a list of 90 the child knew or had used. The plot thickened when the researchers compared how often the children watch videos with the sophistication of the children's vocabulary.

For children between the ages of 8 and 16 months, they understood an average of six to eight fewer words for every hour per day watching the videos than infants who didn't watch them. Researchers found that the videos and DVDs have no effect, positive or negative, on the vocabularies of toddlers between the ages of 17 and 24 months.

Senay said, "The way that babies learn language is not passively, but actively. Sit and talk to the baby. Read a book to the baby."

The researchers who conducted the study agree that more research is necessary. The long-term effects of these videos and DVDs have yet to be determined.