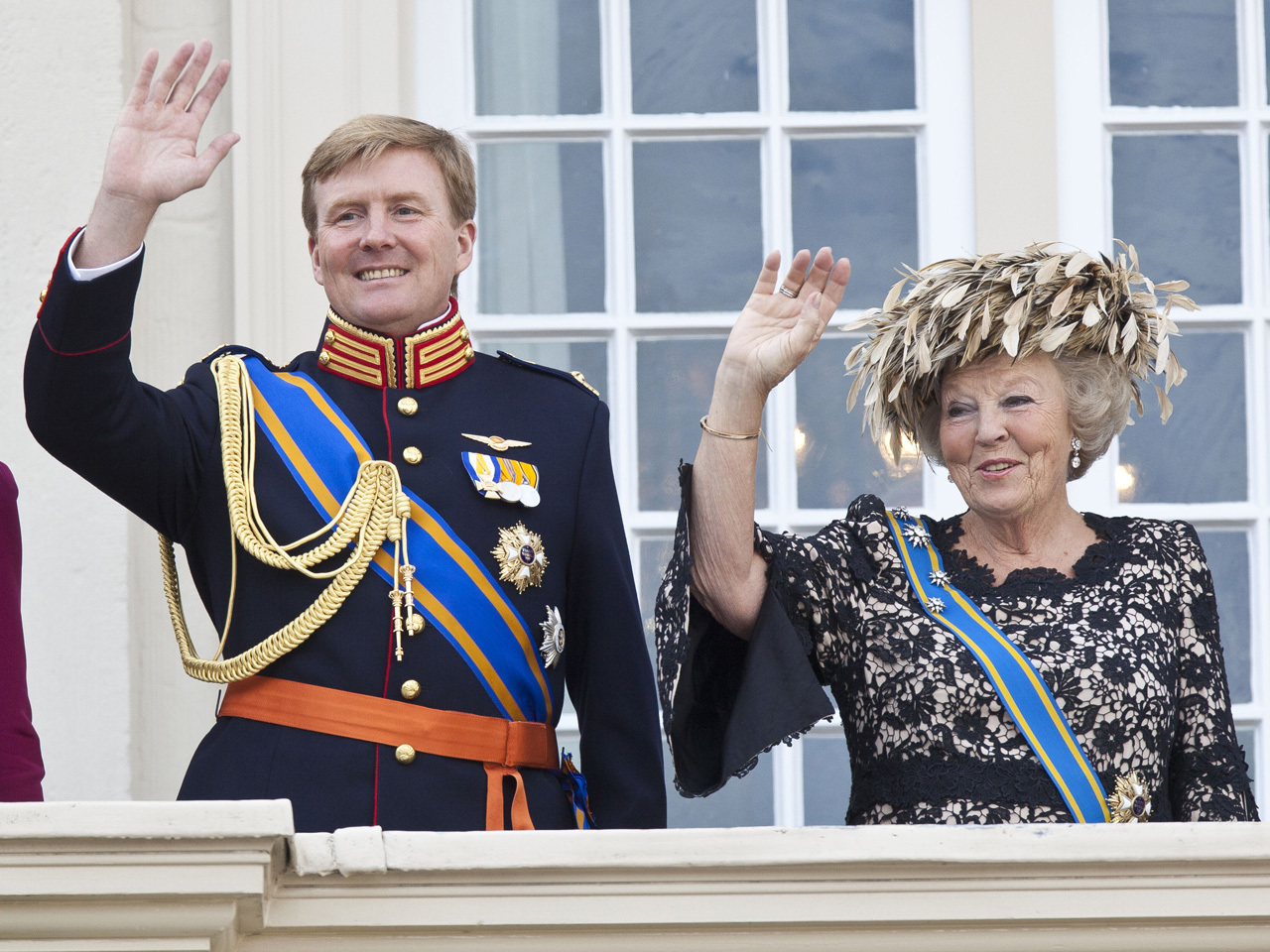 (CBS/AP)The Netherlands' Queen Beatrix underlined her country's commitment to the euro during her annual address to Parliament about the national budget on Tuesday, after riding from her palace in her horse-drawn carriage past thousands of fans dressed in orange for "Prince's Day" - the most important ceremony of the year for the royal house.

Pictures: Prince's Day in the Netherlands

Reading a speech written by Prime Minister Mark Rutte's outgoing conservative government and televised nationally, Beatrix said that European cooperation "which has brought our country so much, is under pressure because of the debt crisis."

She said a "strong and stable currency" is important for all euro member states, but "for the Netherlands, which earns a large portion of its national income in Europe, it's essential."

Prince's Day,  held on the third Tuesday in September, came at an inconvenient moment this year. National elections were held on Sept. 13, but a new Parliament has yet to be sworn in. Beatrix was addressing a host of lame-duck members of parliament, and discussing a budget that may soon be significantly altered.

Beatrix wore a somber black-and-white dress, which some royalty watchers saw as a reference to her son, Prince Johan Friso, who has beenin a comasince being struck by an avalanche in February. He is being treated at a clinic in London.

Crown Prince Willem-Alexander, his wife, Princess Maxma,  and other members of the royal family attended the speech together with the country's elite, all in their best formal attire.