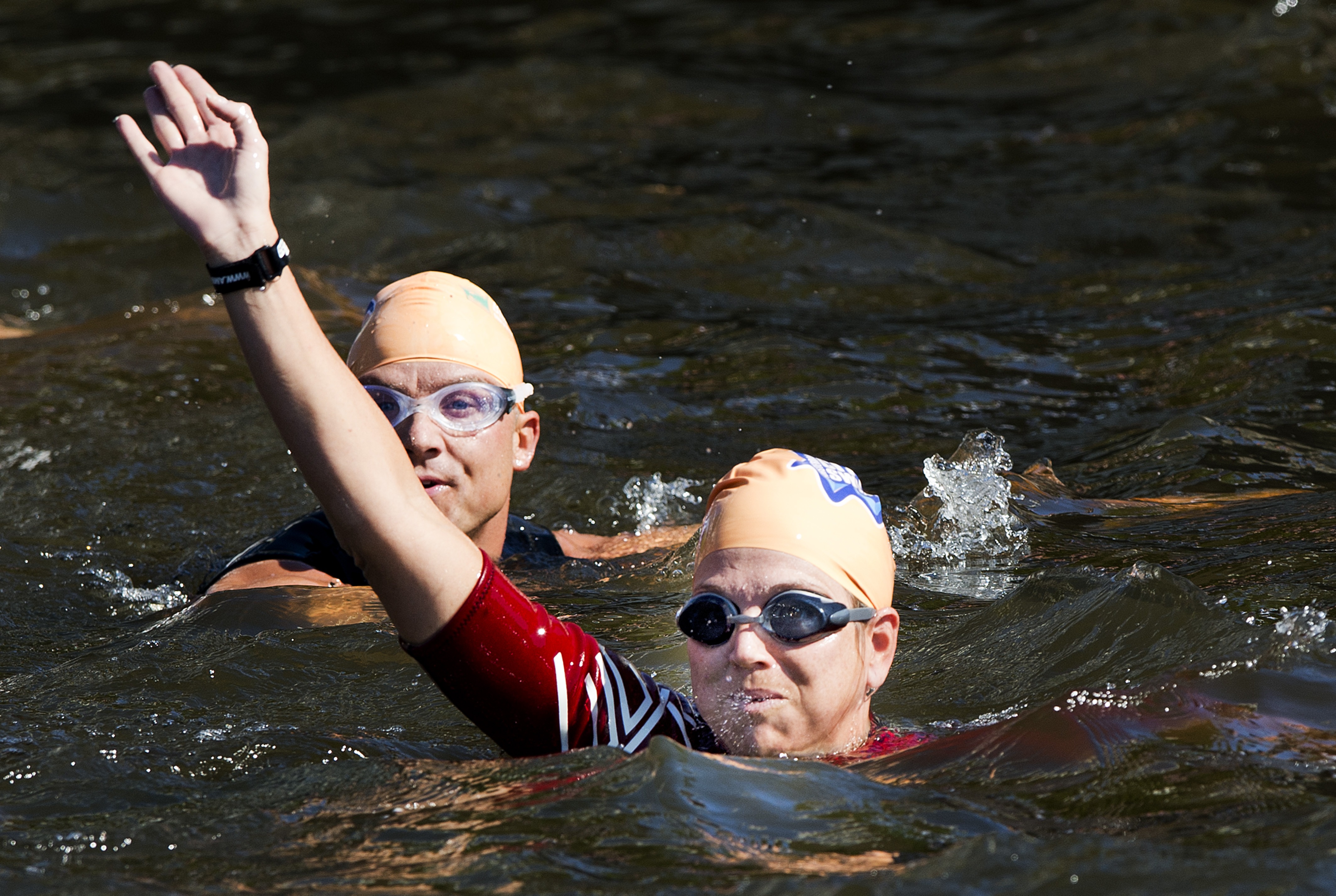 Wearing a red and black swimsuit, goggles and a bright orange swim cap, the 41-year-old Argentina-born princess took about 50 minutes to make the 2-kilometer swim, according to Hello! magazine.

She was cheered on by her husband, Crown Prince Willem Alexander, and their three daughters. The oldest, Princess Amalia, 8, gave her mother a kiss when she finally emerged from the water.

The princess was among 1,000 who made the Amsterdam City Swim to raise money for ALS, a debilitating nerve and muscle disease also known as Lou Gehrig's disease.

It usually is illegal to swim in the canals, whose waters, though deemed safe, are best derscribed as murky.

Editor's Note: A typo in an earlier version of this story misstated the distance of the swim.