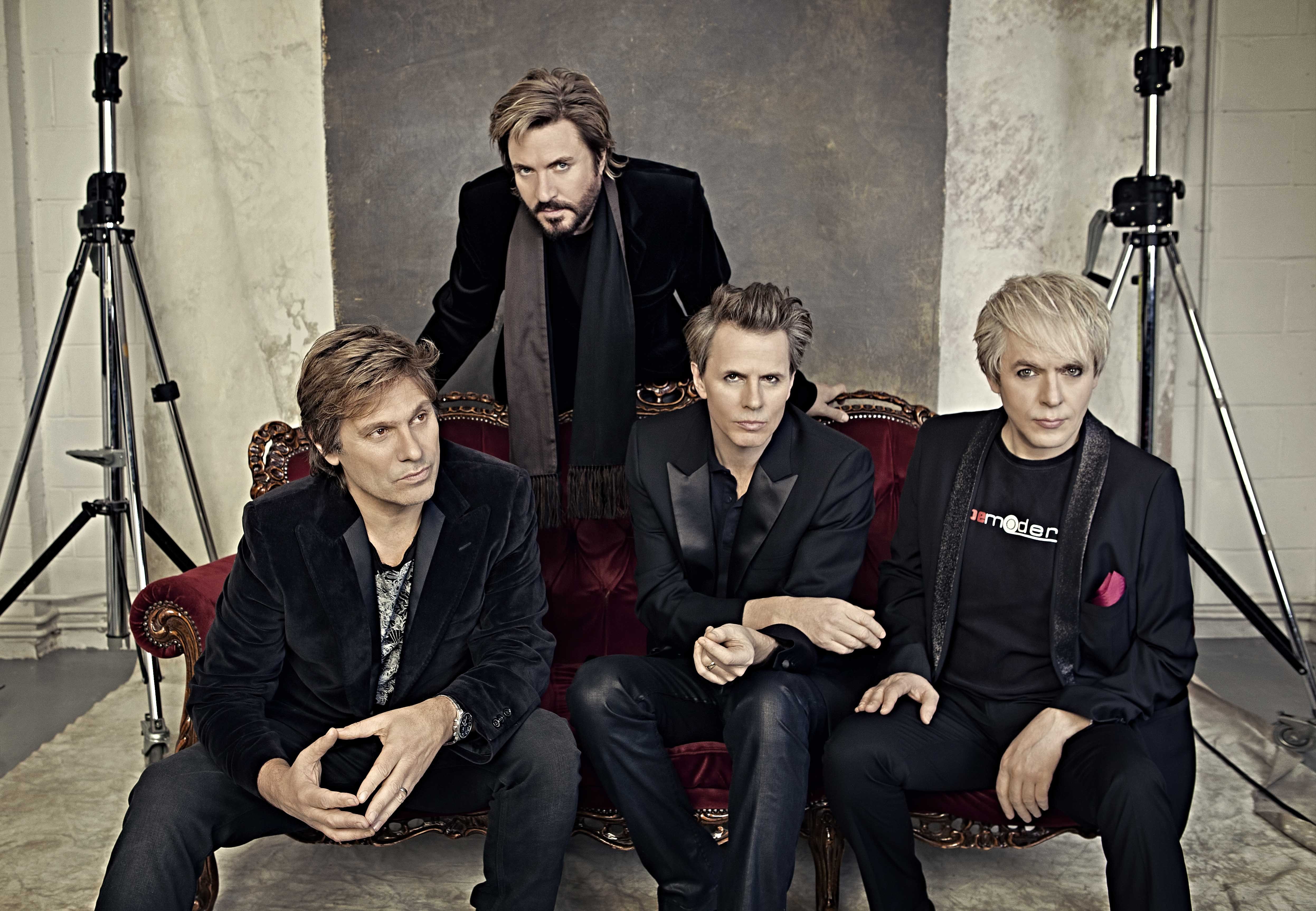 (CBS News) When Duran Duran went to record what would become their album from 2010, All You Need Is Now, they had no massive expectations, according to the band's founding member and drummer Roger Taylor. While their previous 2007 record, Red Carpet Massacre -- which saw the band collaborate with producer Timbaland and Justin Timberlake -- was good, says Taylor, "it didn't hit the band's core audience, which is really what you need to be connecting with for you to connect with the rest of the population."

In the making of "All You Need Is Now," producer Mark Ronson made a suggestion to the band. "He said that we should sound like Duran Duran," Taylor tells CBSNews.com. "We shouldn't be trying to sound like anybody else. 'Everybody else is like using your sound. It's time to go back and recapture your own ground.' That resonated with us. It was great to have somebody with a definite idea for the record."

The result was Duran Duran reclaiming the sound of their classic early '80s output, marked by such works as "Hungry Like the Wolf," "Rio," "Is There Something I Should Know" and "Girls on Film." It was followed by a successful 2011 tour, which has been documented on a new live Duran Duran CD/DVD called "A Diamond in Mind," which was released on Tuesday. "We had a wonderful tour off the back of [the success of the record]," says Taylor, "and the film is all about capturing that moment in time when the record was doing great, the shows were great, the reviews were fantastic."

The DVD shows the British band--Simon Le Bon, Nick Rhodes, John Taylor and Roger Taylor-- in concert in Manchester, England last year. Beautifully shot, "A Diamond in the Mind" encapsulates what has been a fantastic year-and-a-half so far in the group's history. Roger Taylor admits there is a certain amount of pressure in recording for a live release. "Usually you film three or four nights and you pick the best out of the three or four, so that was kind of like a do or die moment--you either perform at your very best or you buckle under the pressure, but thankfully I think we performed very well. It was great and fantastic. And Manchester is such a great place to play."

The setlist from the show features songs from the "All You Need Is Now" album blending perfectly with such standards as "The Wild Boys," "Hungry Like the Wolf," and "A View to a Kill." "When we play "All You Need is Now," when we play "Girl Panic, it's seamless with the earlier stuff, which is great for us because it's pretty hard to building set lists when you know got to play your classics. You got to play "Rio," you got to play "Hungry Like the Wolf"...but you have to play your classics but you also want to be playing your new stuff. You don't want to be up there just playing songs from 1983, so it's been a real breath of fresh air."

Ironically, as indicated in the interview portion of the DVD, things didn't start out promising during the initial part of the tour when singer Le Bon had difficulties with his voice, thus forcing the band to cancel its dates in Britain. "Nobody knew whether he was going to come back again," says Taylor. "This is a 30-year career that could have possibly being coming to a finish. But I think we just had to be patient, we had to be supportive, it couldn't be too big a deal. We couldn't put too much pressure on Simon. So Simon went away on holiday, took a while to get his voice back and retrain again with a professional person and he came back stronger than ever. His voice sounded great."

It seems appropriate that the acclaim that the new record and tour have garnered come on the 30th anniversaries of the band's first two classic albums, "Duran Duran" and "Rio." "Almost fourth dimensional, isn't it?" says Taylor. "It all just happened in a very natural way. It was kind of going back to our roots with this record, very much about how we recorded Rio. It was almost like an experiment from Mark Ronson to discover how we made that record. And it just happened that we came up to the 30th anniversary. I hadn't really thought about that. How wonderful that we're still playing after 30 years."

Yet Taylor says that while Duran Duran talk about the past fondly, they don't dwell on nostalgia. "We're very careful not to do that because I think it's very stifling creatively. But we got great memories of that period. It was an incredible time to grow up. The music that we grew up on was incredible. We had punk ...we had the whole glam rock era with Roxy Music and David Bowie. I think we're very lucky that we had our grounding in that fantastic period of music. "

Though Duran Duran's synthpop sound was groundbreaking --not to mention their videos-- it was a really combination of their influences from glam rock, punk and electronic and disco, according to Taylor. "Our idea was to blend all this different music into one band. If you hear a Duran Duran record on the radio, it's made up of all these different elements, but it's unmistakably our sound.

At this moment, the group is still touring, which will also include some shows in the U.S. through the middle of September. Duran Duran are also going to headline a concert in Hyde Park in London on July 27 as part of the kick off to the Olympics on their home turf. And with some rest after the completion of the tour, they plan to work on the next album. "We're gonna have a little while off, then we're back into the studio in 2013," says Taylor. "We'd love to have Mark to produce the next record as well. We had so much fun with this record--we're talking with Mark at the moment to try and get our schedules together. It's gonna be another great year."