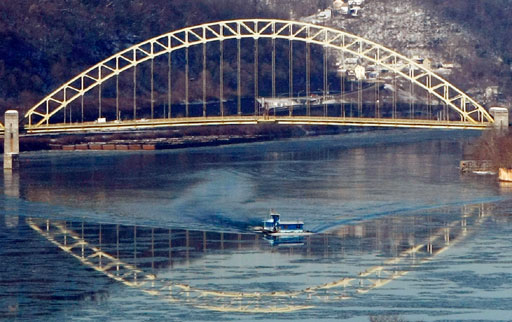 COLUMBUS, Ohio - Jurors in an Ohio federal court are poised to decide whether DuPont's C8 chemical caused a man to get cancer and - if so - whether it acted in "conscious disregard" by dumping it from its plant in West Virginia into the Ohio River.

The Columbus Dispatch reports testimony in the Columbus courtroom concluded last week in the case against the Delaware-based chemical company. Jurors are expected to begin deliberations on Tuesday.

There are 3,500 lawsuits alleging a link between illnesses and the company's discharging of the chemical into the river.

In this case, David Freeman, of Washington County, says he got testicular cancer because of C8, which was used to make Teflon.

Freeman, 56, says in his lawsuit that residents along the river suffered from C8 in tainted drinking water, which he blamed for his sickness.

DuPont maintains there were only small the amounts of C8 in drinking water - not enough to be harmful.

Dawn Jackson, a former spokeswoman for DuPont's Ohio River plant in Parkersburg, West Virginia, has testified she never knew of any concerns about C8 being dumped into the river when she told residents the water was safe to drink.

An attorney for Freeman showed Jackson internal company documents and memos about concerns with C8, many of which she said she had never seen before.

Freeman's case is among the first few cases to be heard. In one now under appeal, jurors awarded $1.6 million to a woman who got cancer.

The C8 chemical is also known as Perfluorooctanoic acid (PFOA,) and it has been used for decades in the production of a wide range of everyday products. It is mainly used in the manufacture of nonstick cookware.

The route of human exposure is not well understood, but recent studies suggest that just about everyone has some PFOA in the blood. Identified sources of exposure include drinking water, food packaging, microwave popcorn, and even air. Cookware containing Teflon, made by DuPont, and similar nonstick surfaces are made using PFOA. But the cookware industry has long maintained that cooking in nonstick pots and pans is not a significant source of exposure to the chemical, and the science appears to back up the claim.