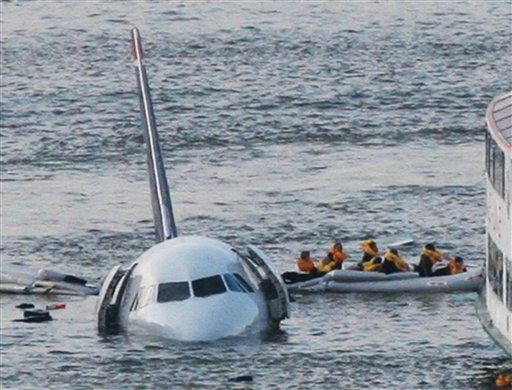 Andrea McGinty proves anything can be the inspiration for a business.

"I was engaged," she tells The Early Show national correspondent Hattie Kauffman, "And I was getting married and about five weeks before the wedding, he changed his mind. And that pretty much, you know, that changed everything. It was devastating."

In despair, McGinty returned to the dating world, only to find her friends weren't very good at setting her up.

"It didn't matter that, you know, I'm five foot nine and, you know, he was (nowhere near my height)…and they would say. 'Oh, he's single. Just go out with him.' "

In those days, "go out with him" meant go out to dinner, Kauffman points out.

That's when she got the idea for It's Just Lunch, which arranges lunch dates set up by professional matchmakers.

"It was totally my own frustration with dating," McGinty admits, "because I never in a million years thought, you know, I would own a dating service or be a matchmaker."

Was it difficult selling the idea to banks for financing? "No bank would give me money," McGinty says with a chuckle.

Today, her multi-million-dollar business has 70 branches in the U.S. and overseas. McGinty claims more than 30,000 clients.

"I think it was probably just being really busy and not having time to go out and meet people on my own," says It's Just Lunch client Melissa Trunnell, an attorney.

She is four months and several dates into her contract with It's Just Lunch. For $1,500, Melissa is guaranteed 16 lunch dates, all pre-screened by McGinty's company. "I could go to a store and look through racks and racks of clothing on my own and spend a lot of time finding what I like," observes Trunnell. "This is like somebody goes through the racks of clothing for you and pre-selects what they think you might like."

It's true, Kauffman notes, that some still try bars and singles clubs, and many are trying the Internet, but even people who haven't tried McGinty's service find the idea of a pre-screened, face-to-face lunch date appealing.

"You're not in an awkward situation where you might have met at a nightclub and someone gets a little bit out of control," one single man told Kauffman. "You get an immediate interaction with the individual," a single woman said. "It's all about efficiency these days, so if they can make dating more efficient, then they've already got a good leg up," another single woman chimed in.

McGinty says her lunch dates have led to nearly 11 thousand weddings. "Sometimes we don't know about it, because sometimes people don't tell us," she says. "And sometimes, you know, we get a card a year or two later and people say, 'Oh look, we had a baby.' We're like, 'Oh, wow.' "

Does McGinty have any advice for women who may be thinking, "I've always wanted to start my own business. I have an idea, but I just can't take that step?"

"You know what?" McGinty responded. "They just have to do it. Sit down. Put it on paper. And then go for it."

She went for it, Kauffman says, and not only launched a business, but found her man.

"He came in. He joined. I sent him out on two dates. And it turned out that it kind of worked out between us. He resigned his membership. And we got married three months later," McGinty smiled.

Now, her husband works for It's Just Lunch, and she's expecting their first child.

Who knew being left at the altar could bring such rewards?

McGinty's timing couldn't have been better. According to It's Just Lunch, 10 years ago, only 8 percent of the U.S. population admitted to using any kind of dating service. Now, that number has grown to 49 percent.

Marriage Isn't What It Used To Be