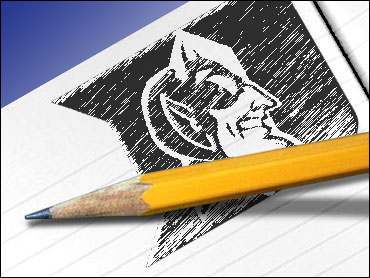 After finding consistencies in exam answers, "the professor said, 'Let me take a look at other stuff that's been handed in,"' said Mike Hemmerich, an associate dean at the business school. A judicial board later investigated the final exam and other assignments, resulting in the punishment of 34 graduate students.

Nine students face expulsion from the competitive two-year program, which will cost first-year students in 2007 almost $50,000 for tuition, books and a laptop computer. Another 15 students could be suspended for one year and receive a failing grade in the course.

Nine others are set to get a failing grade, and one student could receive a failing grade on an assignment separate from the exam. Four others were found not guilty, Hemmerich said.

"Typically, students do file an appeal on an honor code violation," Hemmerich said.

The students have until May 17 to appeal. They were allowed to finish classes last week and are now taking final exams.

Duke has not identified the professor who gave the exam, and Hemmerich said federal privacy laws prevent the school from identifying students. The average age of students in the first-year class in 29, and more than 1,140 people applied for only 411 available spots in the program.

The punishments will remain on the students' records for three months up to three years. If students appeal, the appeals committee has 10 business days to make a ruling.

The difference in punishments is based on the severity of the offense in the university's honor code, which differentiates among offenses that are extremely severe, severe and minor.

"Based on the hearing and investigation the judicial board conducted, they felt some students fell into one category and some fell into another," Hemmerich said. "Various factors were taken into account as to why one infraction would be more severe than another."