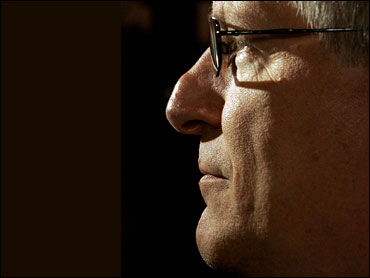 The chairman of the Durham County Republican Party plans to challenge the district attorney prosecuting three Duke lacrosse players charged with rape, saying many people are uncomfortable with how Mike Nifong is handling the case.

No Republicans ran in last month's primary election, in which Nifong defeated two Democratic challengers and appeared set to remain in office following an uncontested general election in November.

Steve Monks, a lawyer in private practice who became county GOP chairman last year, said he will have to file a petition with 6,500 signatures by the end of June in order to appear on the November ballot. He said he didn't want to run as a write-in candidate, as a county commissioner is considering.

Monks has no experience as a prosecutor and has never run for elected office. Still, he said he thought it was important that someone challenge Nifong.

"Everybody in Durham is torn up about this case," Monks said. "We don't know if justice is being served. I looked around for some candidates and nobody was stepping up, so I decided it was time for me to step up."

In April, a grand jury indicted team members Reade Seligmann of Essex Fells, N.J., and Collin Finnerty of Garden City, N.Y., on charges of rape, kidnapping and sexual offense. David Evans, a team co-captain from Bethesda, Md., was indicted on the same charges in May.

All three players have court hearings scheduled for Thursday, although none is expected to attend in person. All will instead be represented by their attorneys.

Defense lawyers and some community members have questioned Nifong's work on the case. In April, before any players were charged, he said publicly he believed a rape had occurred during a March 13 team party and that he expected DNA evidence to support the accuser's report.

The DNA evidence, as described by defense lawyers, found no link to any of the players. The defense has also argued that the accuser, a 27-year-old college student hired to perform as an exotic dancer, told authorities different stories about the night of the party, that her photo identifications of the players charged were flawed and that Nifong has withheld evidence from the players' lawyers.

Nifong has declined to be interviewed about the case in recent weeks.

He sent an e-mail recently, though, saying he still believed that the accuser had been raped.

"None of the 'facts' I know at this time, indeed, none of the evidence I have seen from any source, has changed the opinion that I expressed initially," Nifong said in an e-mail to Newsweek.