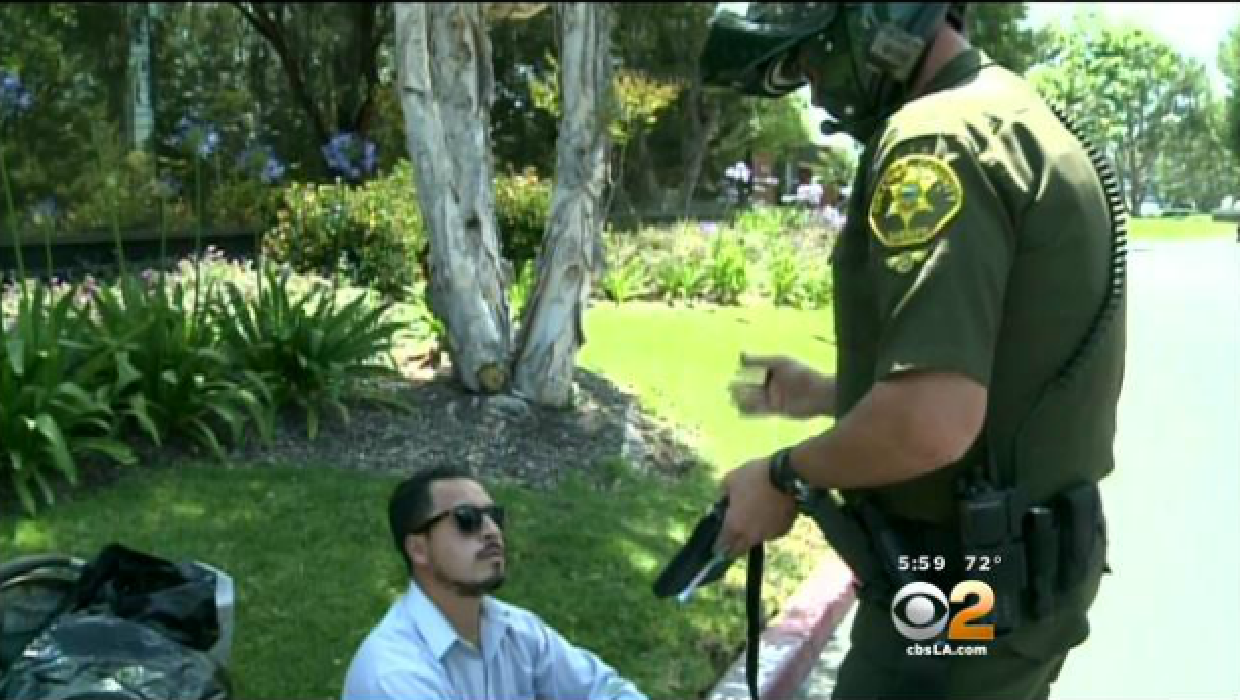 Orange County sheriff's deputies went incognito and lingered around the Newport Beach courthouse Monday in an effort to target drivers who they say had been previously busted for driving under the influence, and should not be driving, due to their suspensions.

"My license is on hold because I'm fighting a DUI," Sergio Oseguera, one of the drivers cited in the sting, told the station. "So I guess they saw when I got out, and they were looking for me. I guess they were spying on me, and they got me."

Oseguera's particular violation cost him his vehicle. His SUV was impounded.

Officials say Oseguera is a multiple-DUI offender, and fits the bill of just the person they are looking for in the operation.

"They're driving on a suspended license, which obviously is a violation of the law, but they all stem from a DUI case, and all the funding dollars and all the enforcing efforts that we're doing are to combat driving under the influence," OC Sheriff's Department Lieutenant Jeff Hallock said, according to the station.

"This is just one case of it."

While Oseguera admitted that he should not have been driving without a valid license, he says he couldn't get a ride to his court date. Now he's looking at heavy fines and further legal trouble.

The important thing for him, he says, is that he's remained sober.

"So far it's been going good, and everything's been positive so far; just this little mishap," Oseguera said. "But things happen for a reason. Hopefully I'll manage to get over this one."

Over the course of several hours, a total of eight people -- seven men and one woman -- were cited, according to the Sheriff's Department.