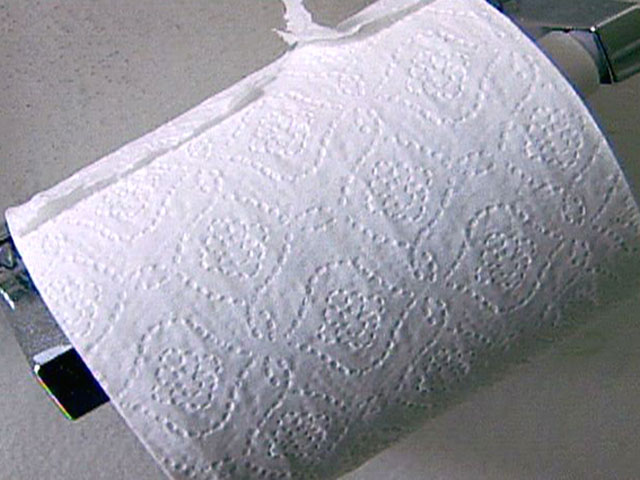 They're trying it at the public library in Trenton, the New Jersey capital, after repeated incidents of vandalism and theft from the restrooms. Individually sized allotments of toilet paper and other personal hygiene items are available by request only, CBS New York reports.

Signs posted outside the first-floor restrooms at the Trentonlibrary direct patrons to the front desk, where they can get the restroom rations prepared by library staffers.

Library Director Kimberly Matthews told The Times of Trenton that the recently implemented policy came about after a series of incidents in recent months.

"These are not the things they teach you in library school, (but) it is what it is," Matthews said. "These are difficulties that we face, and we try to come up with the most respectful and responsible solutions that we can."

Matthews said the library was blowing through its stock of paper products and spending thousands more than it had budgeted for the supplies.

According to CBS New York, she got the rationing idea from a parks and recreation department in Virginia that experienced similar problems at its public restrooms. It was implemented when other solutions, such as locking the restrooms, didn't help solve the library's problem.

"Every public library in an urban or metropolitan environment has similar difficulties," she said. "People will bathe in bathrooms, use them for all varieties of things they're not meant to be for. People need essential hygiene products but we can't supply them for them."

The rationing approach has been vetted by the city's health and human services department and falls in line with all public health standards, Matthews said.

CBS New York reports that the library's problems come nearly a year after Trenton officials made headlines for quarreling over a contract to resupply city government with paper products. The city's supply of toilet paper, paper towels and toilet covers dwindled to "critical levels" before officials agreed to make an emergency purchase of paper goods.