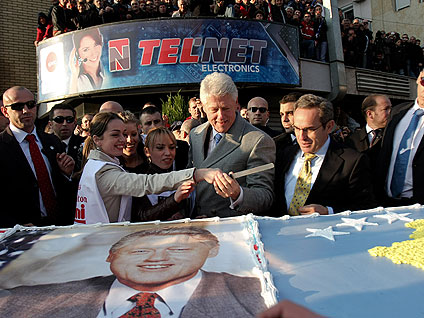 Actor Seann William Scott is best known for his comedic roles in the films "American Pie," "Road Trip" and "Dude, Where's My Car?".

Now, he tells The Early Show he's looking to add the title of action hero with the new film "Bulletproof Monk," which co-stars Chow Yun-Fat.

In "Bulletproof Monk," William plays a top candidate to be a protector of a scroll capable of unleashing Armageddon. Chow Yun-Fat is a monk who currently protects the scroll, and he teaches his fast-talking pupil Kar a few lessons in humility. Adapted from a cult comic, Scott says, "Bulletproof Monk" is an adventure movie about the hero in all of us.

It combines the buddy-comedy formula of Hollywood, with the fast-pace action of a Hong Kong movie mixed with some eastern philosophy.

Scott says it was an honor to work with Chow Yun-Fat because he's a great actor and person. His only worry was kicking Chow Yun-Fat in the head. But thanks to months of training, Scott was able to perform many of his stunts, avoid hitting his co-star and get buff.

For those accustomed to seeing Scott in comedic roles, watch for his Steve Stifler return in August. Scott return to the latest "American Pie" film, "American Wedding." He says it will be the funniest in the series. He will also make an appearance in another action movie with "The Rock," which is scheduled for a fall release.

Some Facts About Seann William Scott