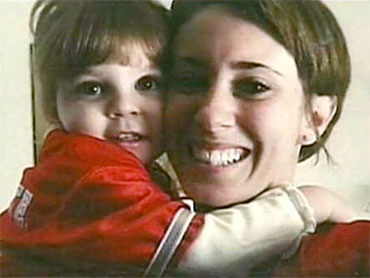 ORLANDO, Fla. (CBS/AP) Duct tape found on the mouth of slain toddler Caylee Anthony was contaminated by an FBI document examiner, raising questions about how it will be used in prosecuting the 2-year-old girl's mother for the murder.

Caylee's mother, 23-year-old Casey Anthony, has been charged with killing the toddler. She has pleaded not guilty and claimed that a babysitter kidnapped Caylee.

The contamination was discovered after FBI lab workers noticed female DNA on the duct tape which didn't match Caylee Anthony, mother Casey Anthony or the child's grandmother, Cindy Anthony. Samples were taken from FBI workers who had handled the duct tape and a DNA match was found with a forensics document examiner.

The disclosure of the contaminated duct tape was among hundreds of pages of evidence released Tuesday by the State Attorney's Office in Orlando.

Danielle Tavernier, a spokeswoman for the State Attorney's Office, said she cannot comment on the documents.

The documents released Tuesday also included a police interview with a former best friend of Casey Anthony, and e-mail exchanges between grandmother Cindy Anthony and a private investigator hired by the Anthony family.

In her interview, Annie Downing, the former best friend, described Casey Anthony as an overprotective mother who rarely got drunk and never used drugs. She described a stormy relationship between Casey Anthony and Cindy Anthony, saying that Casey Anthony had said her mother wanted to control her and take Caylee away from her.

The e-mail exchanges between Cindy Anthony and private investigator Dominic Casey showed they were conducting their own investigation into what happened to Caylee. In the e-mails, they sought information on Casey Anthony's former fiance, the fiance's father and the meter reader who discovered Caylee Anthony's body in December.