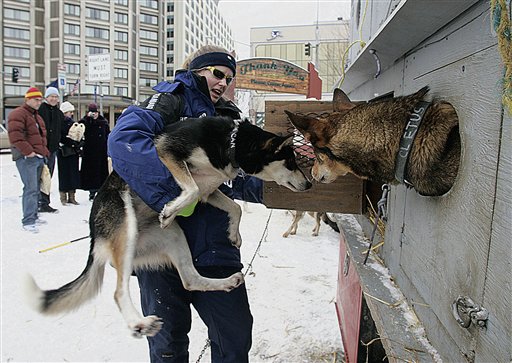 The Anaheim Mighty Ducks expect better things from themselves these days.

So Thursday night's 5-5 tie against the still-winless Chicago Blackhawks left them totally disatisfied despite gaining a point.

"That was our worst game on the road so far," Teemu Selanne said after scoring the game-tying goal with 1:13 left in regulation.

Selanne scored from the left circle as the Mighty Ducks wound up a five-game road trip with a 2-2-1-0 record. They are 4-4-1-0 overall while the Blackhawks are still looking for their first win.

"It's hard," said Chicago's Anders Eriksson of the Blackhawks' start. "It's not that we're playing bad. But something we have to work and concentrate on is bearing down in the last few minutes."

Chicago's Doug Gilmour had scored his second goal of the game with 2:40 left in the third period to give the Blackhawks a 5-4 lead.

"We're trying to do too much," said Gilmour, whose goals were his first since Feb. 24. "When we focus on the puck it costs us."

In each of their four ties this season, the Blackhawks had third-period leads.

Gilmour missed the final 10 games of the 1998-99 season after undergoing surgery for a herniated disc.

Drury connected from the slot as linemate Jeff Nielsen tumbled through the crease and apparently screened Chicago goaltender Jocelyn Thibault. The goal was allowed by referee Dennis LaRue and not disputed by the Blackhawks because Chicago defenseman Bryan McCabe had checked Nielsen and sent him flying.

The Blackhawks rebounded to take a 3-2 lead after two periods.

Gilmour's goal tied it during a Chicago power play at 4:42 on a tip-in of Anders Erikssson's low shot.

The Mighty Ducks regained a 2-1 lead on Kariya's power-play goal at 13:08. Kariya's shot from the left point deflected over Thibault after hitting the stick of Chicago's Bryan Muir.

Daze, however, responded with a goal 13 seconds later on a 35-footer that sailed past Anaheim goalie Guy Hebert. Amonte then gave the Blackhawks their first lead, 3-2, on a power-play goal from the slot with 2:11 left in the period.

Aalto made it 3-3 at 1:42 of the third period from the edge of the crease. McInnis put Anaheim back in front at 8:50 by pushing in a rebound of Kariya's shot from the slot.

McAmmond tied it 4-4 at 12:32 when he swept in a backhander. Then Gilmour converted a loose puck from the side of the net to give Chicago a one-goal lead with 2:40 left.

Selanne's shot from the left circle, which may have been screened, sent the teams into overtime.

"The puck was rolling and I just tried to hit the net," Selanne said. "It was lucky."