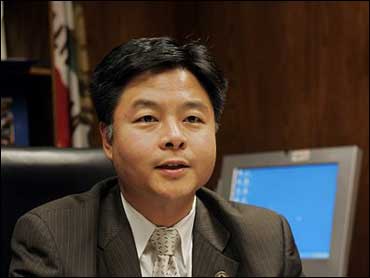 The Anaheim Mighty Ducks, disappointing during much of the first half of the season, are gaining momentum.

The Mighty Ducks picked up where they left off just before the All-Star break, beating the Los Angeles Kings 5-3 on Tuesday night.

The Mighty Ducks' power play has had much to do with their resurgence. They converted two of five opportunities against the Kings and have cashed in on nine of their last 25 chances with the man advantage.

They also have scored two goals on power plays in four of their last five games.

"Later in the season and in the playoffs, we know the power play is going to be so important," said Anaheim's Teemu Selanne, who managed to get off just one unsuccessful shot but did get an assist in the victory over Los Angeles.

Bryan Smolinski had a goal and an assist in the loss.

"They (the Mighty Ducks) played a pretty solid road game," said Smolinski, whose 16 goals this season equal his total output in 82 games last season with the New York Islanders.

"I think it could have easily been 3-1, 2-1 our favor, but we didn't make that effort to get it. We didn't go to the net. When you play perimeter hockey, it is going to kill you."

Oleg Tverdovsky, Steve Rucchin and Paul Kariya each had a goal and an assist for the Mighty Ducs.

Vishnevski, appearing in his seventh NHL game, scored on a power play midway through the second period to snap a 1-1 tie. His slap shot from the top of the right circle sailed past Kings goalie Stephane Fiset, who was screened.

Rucchin got his 10th goal on a power play, and Kariya added his 31st as the Mighty Ducks opened a 5-1 lead.

Anaheim scored its five goals on just 14 shots, and had only 15 to the Kings' 21 in the first two periods. For the game, the Mighty Ducks were outshot 34-21.

For several minutes in the first period, it looked as if Anaheim goaltender Guy Hebert might not be able to continue. He took an elbow by the Kings' Jason Blake in the head and lay motionless for a few moments.

"I hurt my neck a couple of days ago when Keith Primeau ran into me, so I'm starting to wonder if there's a target on my chest instead of a Mighty Ducks' crest," Hebert said. "Hopefully the refs will address that."

"At some point, a goalie's going to get knocked out for the rest of the season, and when that happens, you're going to see a lot of general managers up in arms about guys taking liberties on the goalies. Unfortunately, it's probably going to take one injury to have something be done."

Anaheim's other goal was by Matt Cullen, his ninth, just 2:49 into the game.

Jozef Stumpel answered for the Kings with his sixth goal less than four minutes later, but Los Angeles didn't score again until Glen Murray got his 18th goal 2:33 into the final period.

Tverdovsky gave Anaheim a 3-1 pad with 6:27 left in the second period, and Rucchin increased the lead just 2:24 later when Selanne, behind the goal line, fed him a perfect pass 15 feet in front of the net.

Less than three minutes later, Kariya came free on a breakaway and beat Fiset with a shot between the pads.