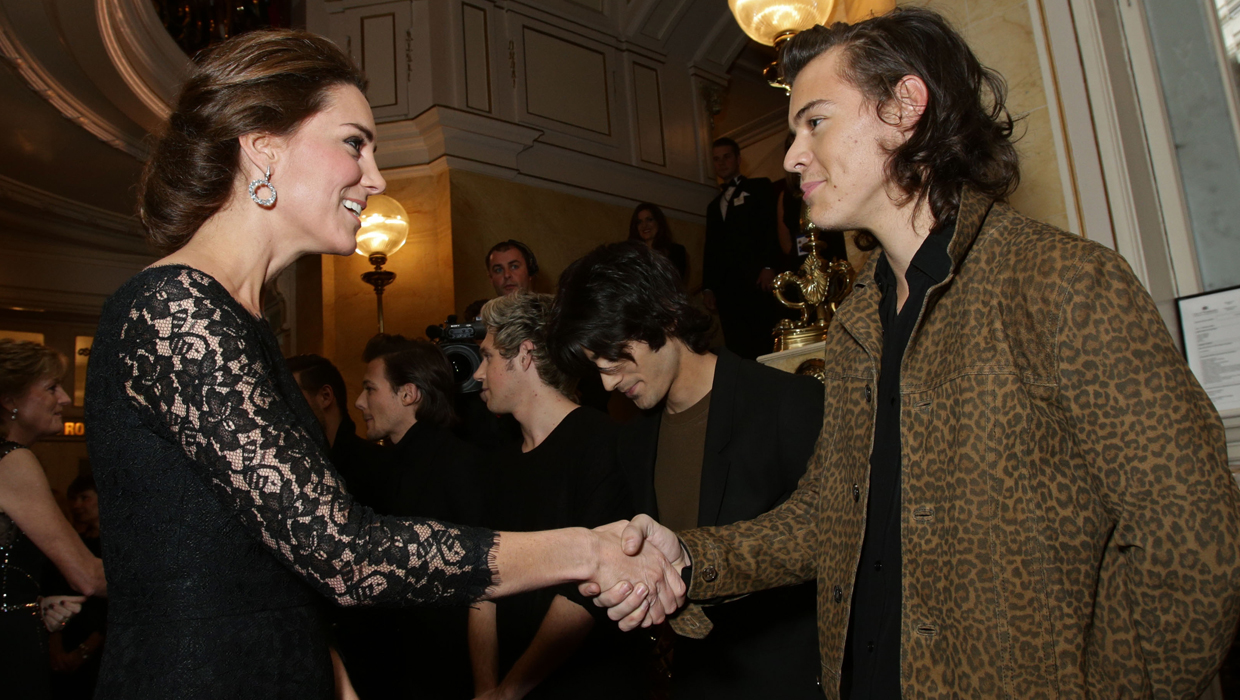 Two of Britain's biggest headline-makers -- that would be Kate, Duchess of Cambridge, and the guys of One Direction -- came together Thursday at a gala night out.

The pregnant duchess and husband Prince William were greeted by Harry Styles, Niall Horan, Liam Payne, Louis Tomlinson and Zayn Malik when they arrived at the Royal Variety Performance at London's Palladium.

Kate, who is due to welcome baby No. 2 in April, wore a black lace Diane Von Furstenberg gown for the occasion, with her hair in a chignon.

"I said congratulations on the bump," Styles said after meeting Kate, according to the Daily Mail, but added, "she didn't look bumpy."

One Direction is slated to perform at the event, along with Ellie Goulding (who sang and William and Kate's 2011 wedding), Ed Sheeran, Demi Lovato, Bette Midler and Shirley Bassey.

Kate has been making more appearances as of late after being sidelined by acute morning sickness earlier in her pregnancy. On Wednesday, she also met with aspiring athletes at a SportsAid workshop in London.