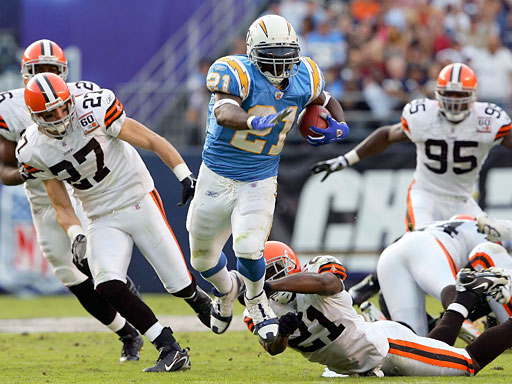 As the Republican National Convention draws near, theories about presumptive GOP nominee George W. Bush's choice of running mate abound. But for many Republicans, who Bush picks may be less important than where he or she stands on abortion rights.

As Bush ventures where few Republicans have dared to tread to prove his "compassionate conservatism," the issue of abortion could prove the most treacherous territory yet.

Political experts agree that a single issue rarely determines the way a person votes. But this election year, with Bush and Democratic rival Al Gore wrestling for the political center, voters are left with few standards on which to judge the two candidates.

"This is the most clear-cut issue," said Allan Lichtman, an American University political scientist. The candidates can put forth "fuzzy" proposals on topics such as health care and social security, said Lichtman, but on the question of abortion rights, you're either for them or against them.

Bush — who opposes abortion except in cases of rape, incest or endangerment to the mother — could muddy the waters by picking a pro-abortion rights vice-presidential candidate such as Gov. Tom Ridge of Pennsylvania. "He’s under consideration," Bush said Thursday when asked about Ridge's prospects.

"Ridge has been out there and vetted … to give conservatives a chance to get used to it," said Ann Stone, chair of Republicans for Choice. "We hear that Ridge is still up very high [on the list]."

Stone's group will push to remove the strong anti-abortion rights plank from the GOP platform, a move that could magnify dissent within the party before a national audience at the convention.

Colleen Parro, the director of the Republican National Coalition for Life, said her group would not shy away from debate. She is as confident of her group's strength within the party as she is that Bush will not select a pro-abortion rights running mate.

"I can't imagine that his consultants and he himself could do anything dumb enough to ruin his chances of becoming president," said Parro. In a close race, "pro-life voters can turn an election," she said.

Just how much sway anti-abortion rights advocates hold within the GOP depends on whom you ask. Parro says they are "clearly in the majority," but Stone cites polls that show abortion rights supporters make up anywhere between 52 percent and 80 percent of the party.

According to experts, a voter's stance on abortion depends on how the issue is framed. Alan Abramowitz, a political scientist at Emory University, said that a very small minority of the electorate, even within the GOP, believes in the illegality of abortion without exception. He says many more Republicans share Bush's somewhat more moderate position.

Still, Abramowitz suggests the abortion issue could have more impact on Republicans than Democrats in Novembr in terms of party defections. In his study of the 1992 presidential race, published in the Journal of American Politics, he found that 23 percent of pro-abortion rights Republicans fled the party to vote for Ross Perot (who supported abortion rights) and another 12 percent voted for Democrat Bill Clinton. By comparison, just 20 percent of anti-abortion rights Democrats chose not to vote for Mr. Clinton.

While Abramowitz and others agree there appears to be no discernible gender gap in abortion politics, the issue may also have an impact on independent women.

"Women voters who have been swing voters in the past tend to be pro-choice," said Mary Hawkesworth, the director of the Center for American Women and Politics at Rutgers University.

Parro, who represents anti-abortion rights Republicans, suggested Patrick Buchanan, or even Alan Keyes (who may run as a Constitution Party candidate), as potential alternatives should Bush go against their wishes. "He would tie the hands of millions who would like to vote for him," she said.

But Abramowitz doubts the anti-abortion rights element of the GOP would risk doing anything to help Al Gore, an abortion rights supporter, win the White House. In fact, the Emory professor would advise Bush to select a pro-abortion rights running mate because the potential gains would offset any lost votes.

"Even for voters not concerned with abortion itself as an issue, it would show an independence and a willingness to go against the party," he said. "And it would enhance his appeal among moderates and independents," who will likely determine the election's outcome.

Stone, of Republicans for Choice, agrees. The selection of Ridge, she said, would send the message that Bush is truly interested in bringing people together. "This issue of choice has never just been about abortion. People use it as a way to measure somebody."