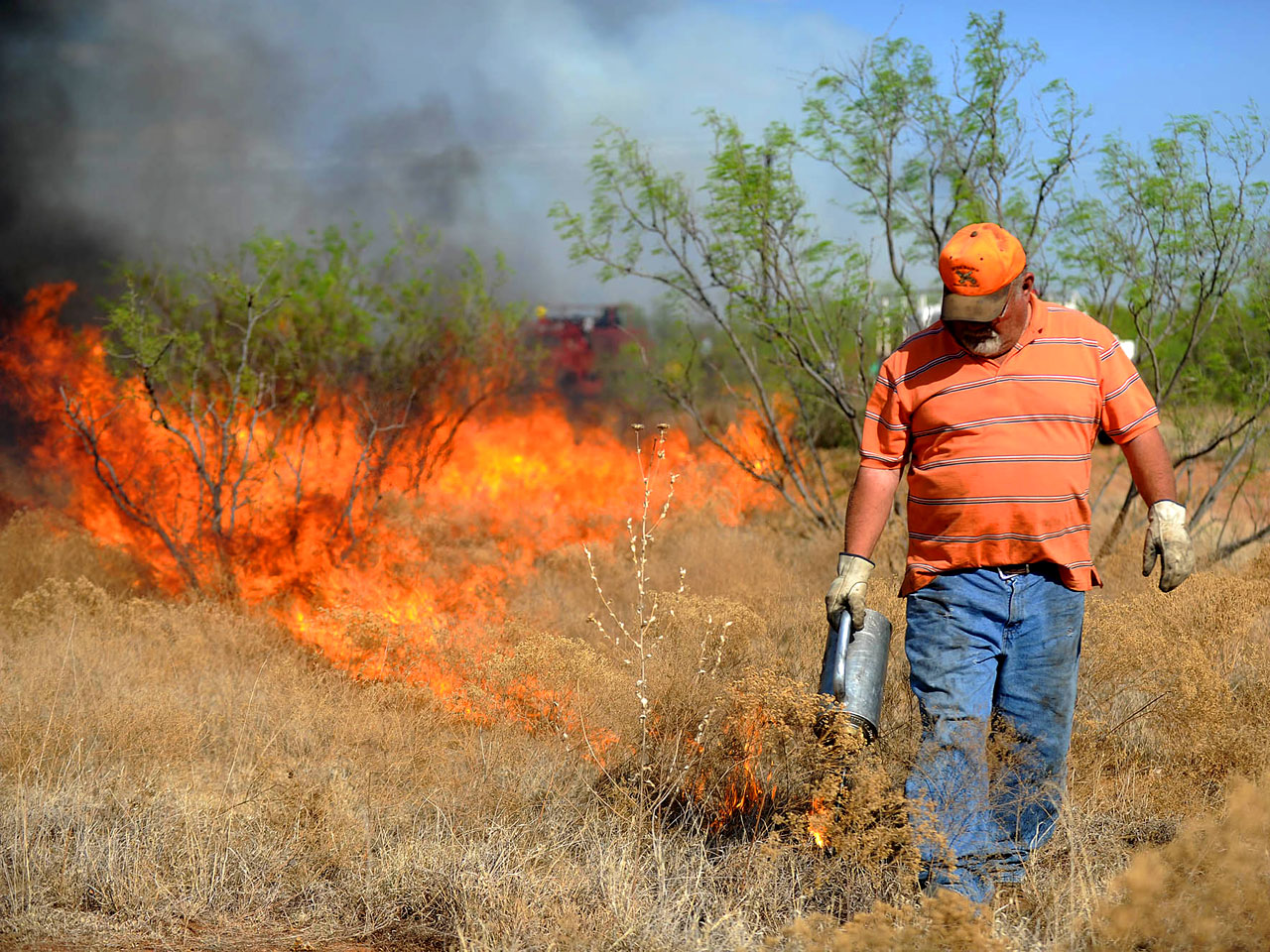 FORT WORTH, Texas - Firefighters are battling blazes across much of West Texas in what state forest service officials are calling the single worst fire day the state has ever seen.

Dry, windy conditions have driven the wildfires to char more than 150,000 acres in eight days across the state, burning as many as 60 homes, killing livestock and drawing in crews and equipment from 25 states, Reuters reports.

A fast-moving wildfire had spread to more than 60,000 acres Sunday and destroyed about 20 homes in Fort Davis, about 200 miles southeast of El Paso. Texas Forest Service spokesman Alan Craft says air tankers can't be used because of wind gusts of 40 to 50 mph.

Sunday's hot, windy conditions and low humidity are dangerous with withered shrubs and grasses caused by the drought.

In nearby Oklahoma, Governor Mary Fallin extended a 30-day state of emergency she declared on March 11, Reuters reports. One wildfire in Cleveland in north central Oklahoma charred more than 1,500 acres and forced 350 people to evacuate while another struck near Granite in southwest Oklahoma, said Michelann Ooten, spokesman for the state Office of Emergency Management.