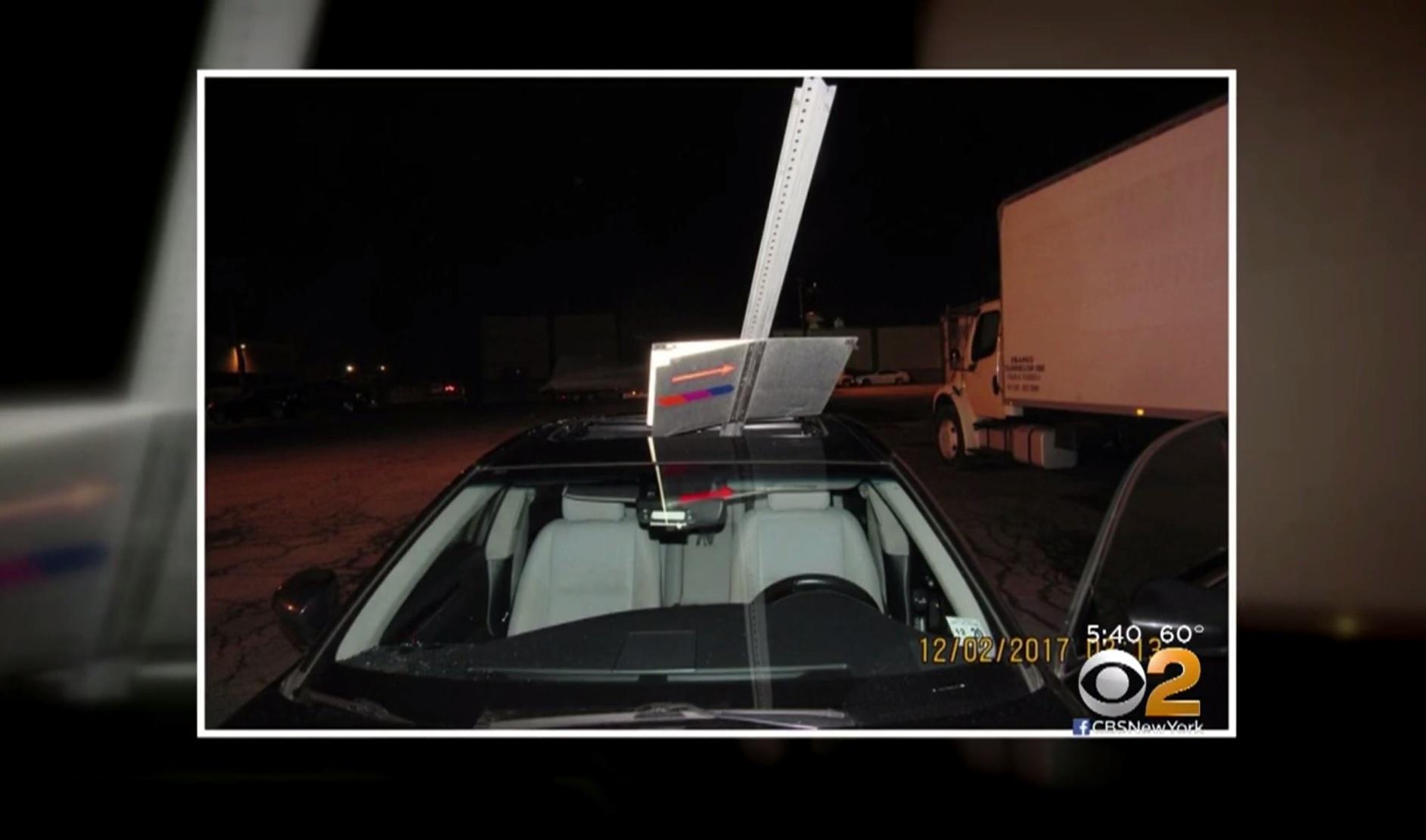 "I've never seen anything like it," he told CBS New York.

The driver, 52-year-old Maria Vazquez, of Hawthorne, New Jersey, pulled into a diner just as Polanco was about to pull her over.

"She stopped, because she stated that she heard a strange noise coming from underneath her vehicle," he said.

Police said Vazquez was baffled and drunk. She failed two sobriety tests and a breathalyzer reading.

Polanco said she didn't even know the sign was sticking out of her car.

"When I pointed it out to her, she said, 'Wow, I didn't even know that was there,'" he said. "But there was glass all over the inside of the car and all over the top of the car."

Police said if the sign -- apparently made of steel -- had been a couple inches closer to Vazquez, she could have been severely injured or killed.

"If there was anybody in the backseat, it could have been a lot worse, as well," said Polanco.

Vazquez told police she may have traveled with the sign, which directed people to a bus, for some eight miles from Secaucus, where she had been drinking.

But how it got there is a mystery to everyone.

"She either hit it, or did somebody actually maybe just pick it up and put it in there?" Lodi resident Peggy Harnett wondered.

"Was she oblivious? Or did she know that she had a pole protruding from her car? And did she hurt anyone along the way?" asked Terrance Reed, of Hackensack.

Vazquez was charged with driving while intoxicated.