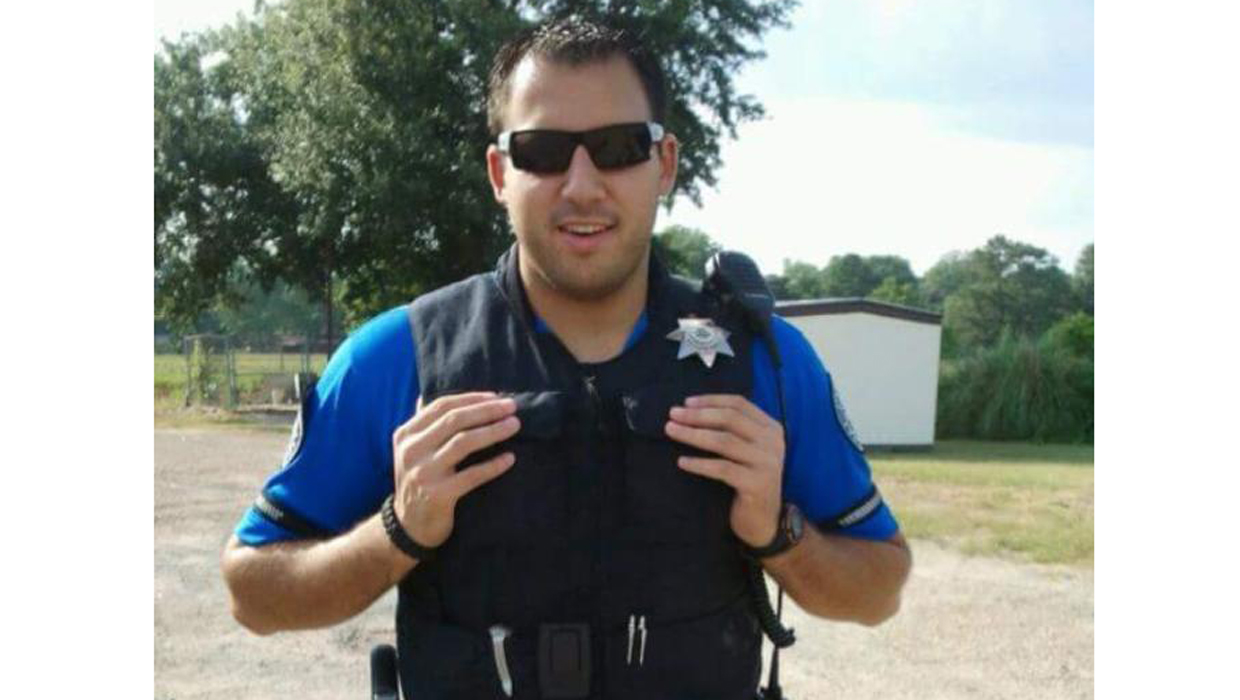 STERLINGTON, La. -- A 44-year-old man is accused of driving drunk and sideswiping a police car at a traffic stop in northeast Louisiana, killing one officer and injuring two others early Sunday, authorities said.

The wreck occurred on Interstate 55 in Sterlington, about 220 miles northwest of New Orleans, as city police Officer David Elahi stood next to a patrol car, talking to a woman who had been stopped, Sterlington Police Chief Barry Bonner said.

He said a pickup truck hit Elahi and took off the police car doors.

The other two officers had minor injuries, Trooper Michael Reichardt, a state police spokesman, said in an email.

He said Tracy Govan, 44, of Monroe, was arrested on charges including vehicular homicide and vehicular negligent injury - killing or injuring someone by driving while drunk. He did not know whether Govan has an attorney.

Bonner said the woman stopped for a traffic violation escaped injury. She was waiting in the patrol car's rear seat for a friend to come and drive her home, since police learned after she had been stopped that she was driving with a suspended license, Bonner said.

He said Elahi was in his late 20s, had worked for him about four years, and was engaged to the mother of his toddler-age daughter.

His funeral will be at 2 p.m. Thursday at North Monroe Baptist Church, Bonner said.

"David was probably the hardest-working individual I've ever met," Bonner said. He said Elahi had two part-time businesses - real estate and renting inflatable "bounce houses" - and had planned to go to part-time police work at the end of July so he could work full-time at real estate.

He was devoted to his daughter and to his parents, Bonner said.

"His father has some health issues, and David's always been there for him."

He said he can't remember ever seeing Elahi in a bad mood.

"He was a beautiful, beautiful young man."