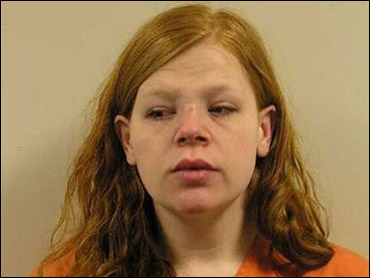 GRAND FORKS, N.D. (CBS/AP) A woman who police said was drunk while breast-feeding her baby and holding the infant upside down has been ordered to jail after a run-in with police led to two new criminal charges.

Stacey Anvarinia had been given the chance to get treatment and avoid jail after pleading guilty last Friday to child neglect. Police arrested her hours later at her apartment in Grand Forks.

The owner of a pickup told police Anvarinia slashed one of the truck's tires. A police report said she was found hiding in a closet and appeared drunk.

The 26-year-old Anvarinia entered not guilty pleas Wednesday to charges of criminal mischief and preventing arrest. Both are misdemeanors punishable with up to a year in jail and a $2,000 fine.

More At The Grand Forks Herald